HOUSTON (ICIS)–Initial settlements for US August propylene contract prices are at a 0.5 cent/lb increase from July levels, market sources said on Thursday and late on Wednesday, although the settlement is not yet marketwide.

Climbing spot prices had put upward pressure on the market.

Spot prices had been climbing in recent weeks amid less-than-expected supply levels as a US Gulf propane dehydrogenation (PDH) unit did not come online as expected.

The 750,000 tonne/year PDH unit was expected to be fully commissioned in the second quarter with production beginning in July. As July approached, expectations for the start-up date moved from July to August. Now, the unit is not expected to start up until September.

Slightly higher propylene inventory levels have put some downward pressure on the market and may have limited the contract price increase. 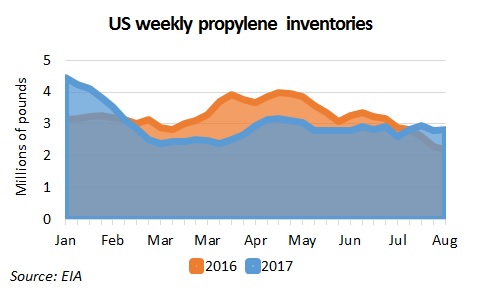 A full settlement for August contracts is pending confirmation of further settlements from market participants. 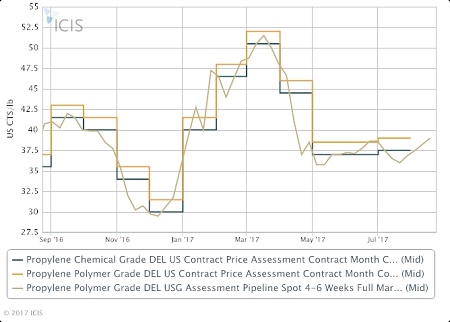