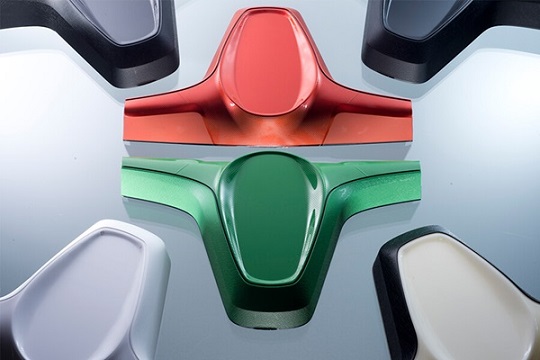 Division earnings before interest, taxes, depreciation and amortisation (EBITDA) dropped 9.4% year on year in 2017 to €453m, the only arm of the company with weaker earnings during the year.

Thomas is projecting that core volume growth will return to the low-to-mid single digit percentage range this year, but key end markets remain depressed, exacerbated by longer supply in some markets.

“Driven by the higher oil price, from today’s perspective, we might even have to cope with increasing raw material prices for several quarters,” Thomas said.

“CAS is stable but some of the demand side is quite depressed at the moment,” he added.

Hurricane Harvey impacted on division earnings in the third and fourth quarters of 2017, and capacity to raise prices in response to margin pressure has taken longer than expected, according to chief commercial officer and imminent company chief Markus Steilemann.

“We thought we knew the market well enough in the beginning of the first quarter last year to go for a significant price increase which took longer than expected, there was much more material in the supply chain led to a string delay in new of additional orders,” he said.

The price increase was for coatings raw material hexamethylene di-isocyanate (HDI), according to Thomas, and the company’s bargaining power was restricted by the start-up of a new facility in China.

“We wanted to increase prices because raw materials costs had increased, and we had estimated the state of the market in terms of supply,” he said. “We knew there was a new facility in China but we didn’t know how big it was, and we started to find out how big it was as their material started to erode our share.”

“We have now reached the point where we believe that capacity is being completely consumed, now in Q4 saw prices starting to rise in customer base as market tightened,” he added.

CAS was the sole underperforming division for the company in 2017, with polycarbonates EBITDA for the year rising 21.2% to €853m and polyurethanes earnings more than doubling to €2.21bn.

One of the only breaks on polycarbonates and polyurethanes capacity was the operational ability to produce more material, according to Thomas.

“We have now achieved a level of operation in our manufacturing plants where we are very close to full capacity,” he said.

The company is pursuing a series of debottlenecking operations at various sites, including expanding polycarbonates production in Shanghai, China, by 200,000 tonnes/year to 600,000 tonnes in the next 12 months, keeping its Tarragona, Spain methyl di-p-phenylene isocyanate (MDI) plant open and expanding capacity to 220,000 tonnes/year.