As the EU REACH legislation enters its final phase, the financial, administrative, occupational health and safety, and R&D challenges for companies in the electrical manufacturing industry are greater than ever before. EEIM secretary Norbert Rudat and epoxy resins expert Ulrich Maßen share their view. 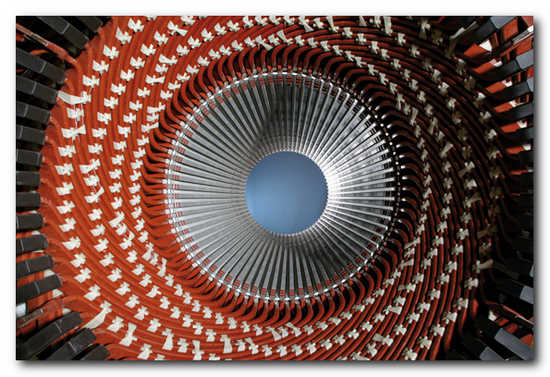 First introduced in 2007, REACH (the registration, evaluation and authorisation of chemicals) is arguably the most important EU legislation in the last 25 years, affecting all producers, importers and downstream users of chemicals in industries as diverse as automotive and textiles manufacturing. The legislation aims to protect human health and the environment and encourage innovation in the chemicals industry through the replacement of hazardous chemicals with safer new ones – but comes at considerable cost. The European Commission estimated that it would cost the chemicals industry a maximum of 5.2 billion euros over 11 years. Other authorities placed the figure as high as 12.8 billion.

Under REACH, all chemicals produced and imported in the EU must undergo comprehensive testing, such as for carcinogenic, mutagenic or reprotoxic effects, and be registered with the European Chemicals Agency (ECHA) in Helsinki. This process can take several years and requires all businesses registering the same substance to share data to limit animal testing and compensate each other financially. During the first registration phase in 2010 for chemicals produced or imported in quantities above 1,000 tonnes per annum, 3,400 substances were registered accompanied by 20,000 dossiers. In 2018, when chemicals with a quantity of 1 to 100 tonnes per annum must be registered, it is expected that applications will be made for 25,000 substances accompanied by 70,000 dossiers.

“This volume of work represents a huge financial and administrative burden for the chemicals industry but also many of our members in the European Electrical Insulation Manufacturers association, who import chemicals and produce their own formulations, as well as manufacturing electrical insulation products,” says Dipl. Ing. Norbert Rudat, EEIM secretary. “It may be that many companies, especially smaller ones, go out of business simply due to the cost involved.”

For electrical insulation manufacturers and their customers – including manufacturers of electric motors, generators, transformers, white goods and consumer electronics – there is also a concern over materials availability. “Depending on whether certain authorisations are granted and timescales are met, we might not have our regular materials available to us and alternatives will need to be found,” he says.

Hexahydrophthalic anhydride (HHPA) and methylhexahydrophthalic anhydride (MHHPA), two hardeners widely used in epoxy resin, for example, may soon become illegal in electrical manufacturing. Following a report brought to ECHA by the Dutch chemicals authority in 2012, ECHA has proposed that these anhydrides be placed on the REACH authorisation list as Substances of Very High Concern (SVHC) (annex XIV) due to their potential as respiratory sensitisers. The proposal was made in November 2015 and three months were given for the industry to comment. A final decision will be taken in the autumn.

“This proposal has been like an earthquake in the epoxy electrical insulation industry,” says Dr. Ulrich Maßen, founder of UM Thermoset Consulting and former chairman of the EEIM polymers group. “I support REACH and the safe handling of chemicals but pretty much the entire industry feels this proposal is unjustified. The industry has been handling these anhydrides for more than 50 years and the effect has been known for decades. Extreme caution is taken with them and to my knowledge in Europe there is not a single person with lowered respiratory functionality related to the work with anhydrides since 10 years. Several companies are working in closed systems so the risk of inhalation is almost zero in this case. I also do not believe they should be placed in the same category as substances that can kill or cause life-limiting conditions. If a person were to become sensitised, they would need to be withdrawn from the factory but otherwise their life would continue as normal.”

A number of the electrical manufacturing industry’s biggest names have formed a taskforce to oppose ECHA’s classification of HHPA and MHHPA as SVHC. Alternatives are also being investigated.

“One option is to find alternative curing agents while maintaining the epoxies. Another is to change the chemistry entirely, replacing epoxies with polyesters, polyurethanes or silicones. But for some applications there are no alternatives and there is a high probability that manufacturing will move to Asia with the finished product coming back to Europe. Passing risk onto workers in other parts of the world – with possibly lower safety standards – is not at all intended by REACH,” he says.

As well as materials availability, occupational health and safety compliance is also an important issue for the entire supply chain. Even if companies do not need to register chemicals themselves, they need to ensure that their suppliers have provided all the necessary paperwork and that their operations comply with the exposition scenarios detailed.

“Safety data sheets used to be quite brief – just five pages or so. Now they can contain as many as 300 pages with specific scenarios and conditions of how each chemical has to be used. You cannot use them however you like or you will be breaking the law,” Rudat says.

Outside of REACH, any companies handling chemicals must also comply with the EU CLP (classification, labelling and packaging) legislation, which replaced the Dangerous Substances and Dangerous Preparations Directives repealed in June 2015, as well as the IED (Industrial Emissions Directive), which governs emissions from factories. Companies may need to make significant investments to ensure operations are legal and that employees and the environment are sufficiently protected.

“The entire supply chain needs to take regulation very seriously and have trained people in-house or use expertise from third party consultants. It’s not only important for staying legal but for also the development and launch of profitable new products. R&D teams need to consider whether a component material will require costly authorization, whether it might become unavailable, or whether it requires special measures and investments to handle it. These are decisions that can spell success or failure for a business,” Rudat concludes