REACH, Protectionism at its Best IMHO 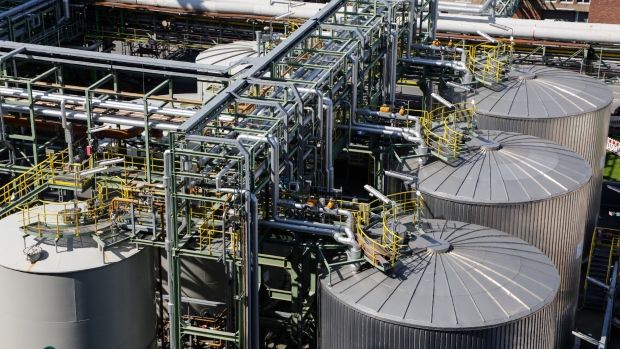 (Bloomberg) — The U.K.’s plan to leave the European Union could lead to a breakdown in the chemicals trade, according to a parliamentary study that warns of risks for an industry making ingredients for everything from food to medicines and paint.

The report published Wednesday provides yet another example of the wide-ranging implications of Brexit for U.K. manufacturers. Similar warnings have been voiced by a host of other sectors including the car industry as Prime Minister Theresa May tries to hammer out a deal to separate from the EU.

To read about one auto parts supplier’s response to Brexit, click here

In the case of the chemicals industry, the sale of some 16,000 substances is governed by a set of EU rules known as REACH that were put in place in 2007 to allow trade between countries. U.K. chemical makers initially opposed common regulations. But losing them now under under Brexit would add red tape at best and possibly halt supply chains, according to the report.

The government’s suggestion that it can simply “cut and paste” the REACH rules into U.K. legislation is flawed, it said. Such a move is “not credible and raises serious legal concerns.”

The ability of the U.K. to remain part of the regulatory system is “highly unlikely,” said one of the authors, Lord Robin Teverson, who oversees an energy and environment parliamentary sub-committee. “That means it urgently needs to be working on a Plan B, and that simply hasn’t happened, which leaves the sector facing a huge cliff-edge on the day we leave the EU.”

Unless the government can negotiate continued participation in the system, U.K. chemical makers won’t be entitled to sell their wares in the EU, and Britain will be left with incomplete information about chemicals being used locally, Teverson said.

To contact the reporter on this story: Andrew Noël in London at anoel@bloomberg.net

To contact the editors responsible for this story: Anthony Palazzo at apalazzo@bloomberg.net, Tara Patel