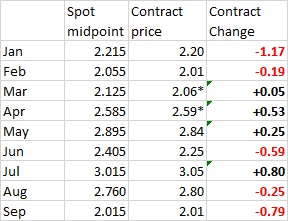 Prior to the September settlement, which was 79 cents/below August contract values, spot benzene prices had been under pressure from record lows in upstream WTI crude futures, which fell below $40/bbl. The downtrend and volatility kept demand in the benzene market subdued in late August as buyers awaited a price floor.

However, upstream values have been higher and less volatile this month with WTI remaining in the mid $40s/bbl. The stability, along with increased buying activity in the benzene market, helped offset ample benzene imports and pushed benzene spot prices slightly higher than a month ago.

Spot benzene prices in the last week ranged 2.07-2.12/gal FOB (free on board). This week, bid/offer levels have been slightly lower, with spot benzene assessed at $1.98-2.08/gal FOB early on Tuesday.

Market sources expect October benzene to settle at 2.05-2.10/gal FOB, which would be a 4-9 cents/gal increase over the September settlement.

The US benzene contract is typically settled on the last day of the previous month. 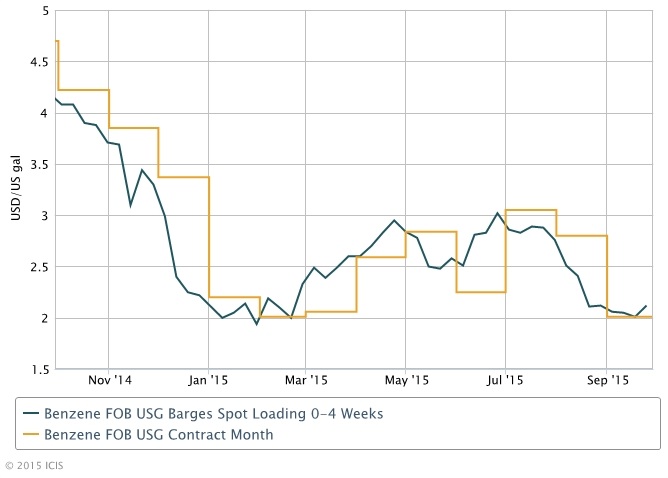