US Sep benzene down on crude volatility 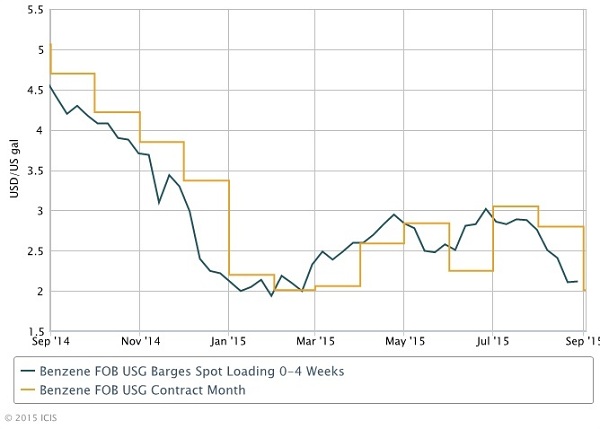 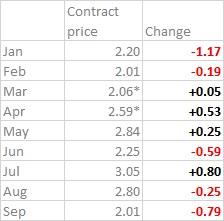 Spot prices have been under pressure in August from declines in upstream oil values.

West Texas Intermediate (WTI) crude futures had been in a downtrend since late June. In the wake of losses in global financial markets, the US crude oil benchmark settled below $40/bbl early last week, its lowest level since 2009. 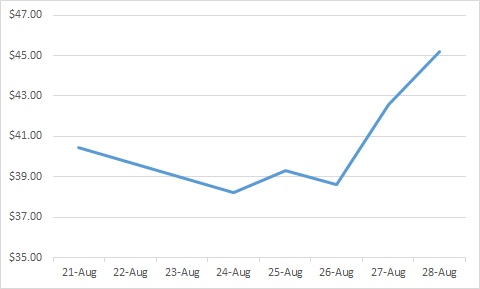 US benzene spot values tracked the decline of crude oil, dropping 10-20 cents/gal on Monday from the week prior and trading as low as $1.88/gal FOB (free on board) on Wednesday, also marking its lowest levels since 2009.

While WTI values surged late last week, recovering more than its early week losses, the upstream volatility caused uncertainty in the US benzene market and limited gains. US benzene sport prices on Friday closed the week nearly flat with the week prior.

In Europe, benzene contract prices were under similar pressure after a declines in upstream crude oil caused spot benzene prices to drop to their lowest levels in six years. Despite a spot price rally and difficult negotiations, European September contract prices also declined.