US chem shipments near two-year high 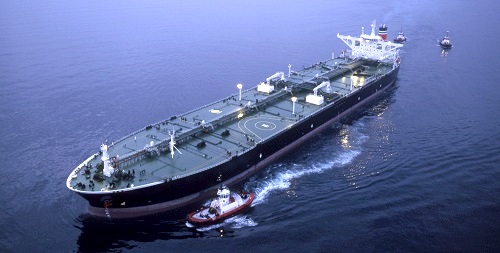 HOUSTON (ICIS)–US chemical shipment values in December rose for the ninth straight month year-on-year and stayed within range of a two-year high, according to data released on Thursday by the US Department of Commerce.

The value of US-made chemicals shipped increased 4% in December, compared with the same month in 2014.

Shipment values for all US manufacturing industries in 2015 dropped almost 4.0% for the year, with the dip in December – of a little more than 4% – marking the 13th straight monthly decline.

The US Census Bureau separates chemical shipments into four sectors: pesticides and fertilizers; pharmaceuticals; petrochemicals; and chemicals used in paints, coatings and adhesives.

Petrochemicals, which represent the second largest sector in terms of value, declined by 7% from December 2014, reflecting the decline in oil prices that brought a drop in derivative values in 2015.

Chemicals ranked as the third largest non-durable goods industry in the US in December, behind transportation equipment at $75.09bn and food products at $65.15bn.

The value of petroleum and coal products, usually ahead or even with chemical values but lower now because of diving oil prices in late 2014 and throughout 2015, totaled $40.64bn in December.

Pesticides and fertilizer values increased by high double-digit percentages for the ninth straight month, reflecting a continued turnaround in the US agricultural sector after the end of a few years of drought.

Pharmaceutical and medicine values rose 24% in December marking the eighth straight month of increases, and paints coatings and adhesives rose for the ninth month in a row, up almost 8% year on year. 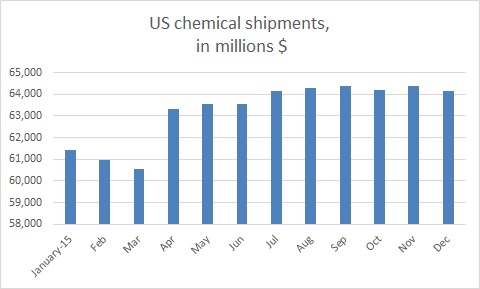