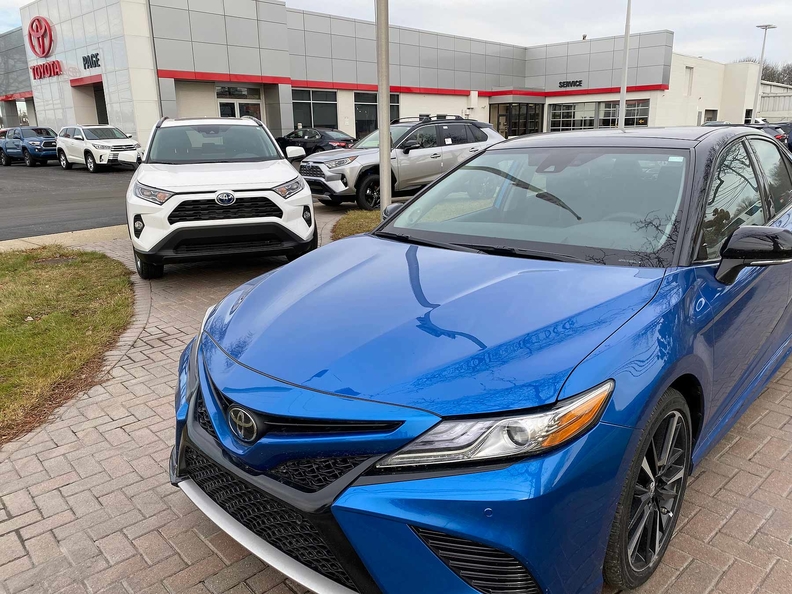 Ford is not expected to release its fourth-quarter or full-year sales data until Monday, Jan. 6.

Editor’s note: The U.S. Sales Report newsletter will be sent on Monday after Ford Motor Co. releases fourth quarter and full-year data for 2019.

Nissan Group’s 30 percent drop marked its biggest monthly tumble in more than a decade, as the company continued to reel from management churn while pulling back from high incentives and profit-eroding fleet business. Toyota volume fell 6.1 percent, while American Honda skidded 12 percent, its second-biggest decline of the year.

General Motors, meanwhile, released its first sales figures in three months. It said fourth-quarter sales dropped 6.3 percent, showing the effects of a 40-day strike that shuttered plants in September and October.  Automotive News estimates that GM volume fell 5.5 percent in December, while Fiat Chrysler slipped 0.2 percent in a month with one less selling day and one less weekend than a year-earlier.

Ram, up 18 percent, was the only FCA US brand to post an increase for the year.

The final tally for 2019 won’t be known until Monday Jan. 6, when Ford Motor Co. releases fourth-quarter figures. But even if sales do top 17 million, signs of weakness are mounting.

“December’s soft performance closes the year on a down note, but another record for transaction prices reinforces that manufacturers are producing the type of vehicles that consumers want in the market,” said Thomas King, president of the data & analytics division at J.D. Power. “Record prices, however, have also been accompanied by record incentive levels, which signifies that there is still too much supply relative to overall demand.”

Automotive News estimates that a December decline of about 7 percent will drop the industry below the 17 million mark for the year.

At American Honda, volume was down 13 percent at the Honda brand and 3.8 percent at Acura. Four core Honda models — Civic, Accord, CR-V and Pilot — each posted declines of 13 percent or more. Still, the company’s 2019 sales edged up 0.2 percent, with stronger and record light-truck demand offsetting lower car deliveries.

With car demand plunging 24 percent and light-truck deliveries off 33 percent, volume dropped 28 percent at the Nissan brand and 38 percent at Infiniti last month.

Subaru posted a rare decline in volume, down 3.4 percent last month and its second monthly drop in eight years, but finished with a gain of 3 percent for all of 2019. Deliveries fell 13 percent at the Volkswagen brand, its fifth but biggest decline of the year.

Smaller brands fared better in December, with volume rising 2.4 percent at Mazda and 10 percent at Mitsubishi.

The seasonally adjusted, annualized rate of sales is expected to remain well above 17 million, analysts say, but come in below December 2018’s 17.6 million pace.

The SAAR topped 17 million in six out of the first 11 months of 2019, with the sales pace picking up in the second half. On Friday, General Motors estimated that the light-vehicle SAAR in the fourth quarter was 17.1 million.

In November, U.S. sales hit a record 1.41 million for the month, according to the Automotive News Data Center, likely pulling some volume forward across the industry, analysts said.

Tesla Inc. said global fourth-quarter vehicle deliveries rose 23 percent to about 112,000, a record, but the EV maker did not break out U.S. results. The company’s U.S. sales dropped 17 percent to 121,000 through November, the Automotive News Data Center estimates, as Tesla accelerated marketing efforts outside North America.

“The fact that new car sales have stayed this strong for this long really defies the odds, especially given that high interest rates and record prices squeezed buyers,” said Jeremy Acevedo, Edmunds’ senior manager of industry insights. “But if 2019 taught us anything, it’s that you can’t underestimate the power of a strong economy.”

With retail demand softening, in part because of rising new-vehicle prices, automakers have been forced to hike incentives to woo consumers.

ALG said December incentives averaged $3,944 across the industry, up 3.6 percent from December 2018, with the Detroit 3 each dangling average discounts of $4,600 or more last month.

Overall, incentive spending as a percentage of MSRP — a closely watched measure of financial discipline — also remains close to 11 percent, the highest level since the 2008-09 recession.

Among the 25 top-selling brands in the industry, all but four — Cadillac, Jeep, Porsche and Toyota — are expected to show an increase in overall discount spending, Power and LMC said.

“When there’s been such a long streak of strong sales, it’s natural to wonder when the other shoe will drop, but we don’t see that happening anytime soon. Financing conditions are already looking much better than they did at the start of 2019, unemployment is at an all-time low, uncertainties around tariffs seem to be somewhat alleviated thanks to the new USMCA agreement, and we’re about to head into an election year, which historically yields stronger sales. Automakers have many reasons to be optimistic heading into the new year.”
—  Jeremy Acevedo, senior manager of industry insights at Edmunds