HOUSTON (ICIS)–US spot benzene prices on Friday were in a wider range than a week ago amid a still-tight market, a sharply higher contract price settlement and lower upstream crude oil values.

Meanwhile, demand has been healthy with few downstream outages or turnarounds heard. The majority of benzene consumed in the US is used to produce styrene, for which prices closed higher this week. 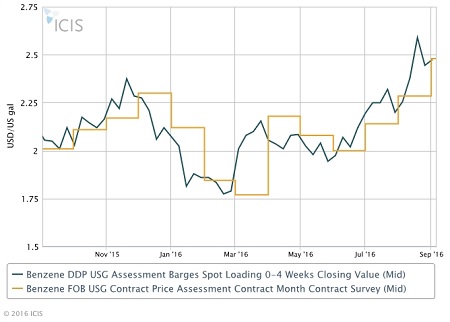