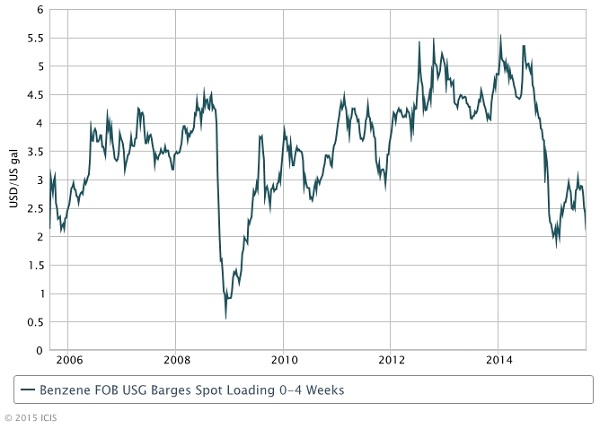 US benzene bid and offer levels dropped to $1.74-1.92/gal FOB (free on board), a low not seen since April 2009 when the aromatic's value was recovering from the 2008 Great Recession.

US benzene has remained above $2/gal from May 2009 until earlier this year when it reached $1.88-2.00/gal in late January in reaction to the late 2014 decline in crude oil values. While both crude oil and benzene values recovered in the second and third quarters, crude values began to drop again in late June, putting downward pressure on US benzene.

US benzene and US WTI values in USD/gal 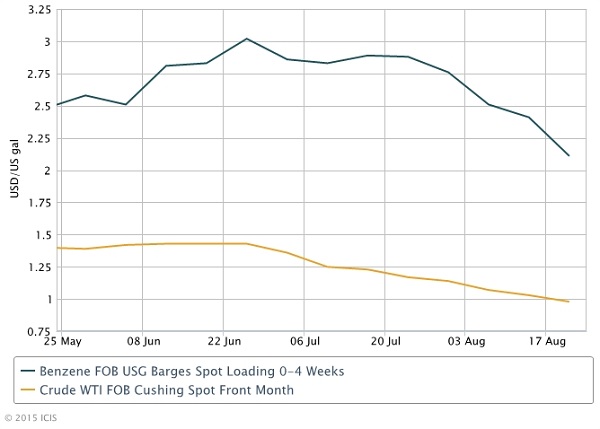 US benzene inventories have also been a factor in low benzene values.

For several weeks the arbitrage window has been closed from South Korea, a major importer of benzene into the US, and imports have not kept up with consumption.

However, the shortage has had little impact on US benzene prices due to high levels of benzene in inventories since late 2014. Volumes have been drawn from inventories, which have decreased in recent quarters but remained ample at the end of the second quarter.

US benzene inventories in millions of gallons 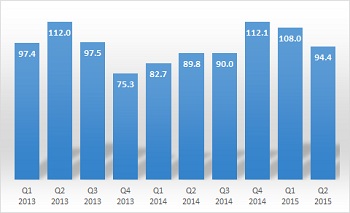