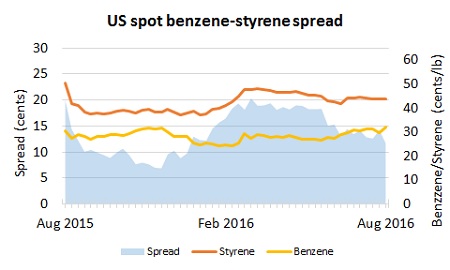 The spread between the two products for the week ended 12 August was 11.74 cents/lb ($259/tonne), compared with 14.19 cents/lb the prior week. The spread is at its narrowest point since 9.77 cents/lb for the first week of January.

US benzene prices have been moving generally higher since June as imports have been limited.

The US benzene market is structurally short and relies on imported material to meet consumption.

Monthly import levels had been lower in Q2 than during Q1, however downstream turnarounds and high inventories kept the market balanced. As the turnarounds completed and import levels remained low, prices began rising.

Aside from some volatility, benzene spot prices have continued on a generally upward path through July and into August. Market sources estimate that import levels remain low. 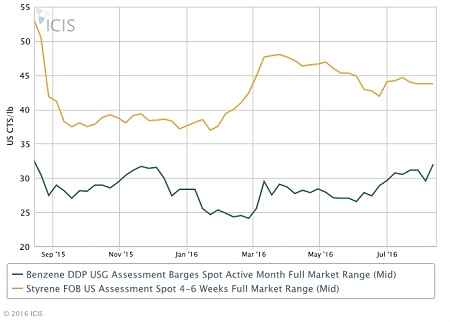