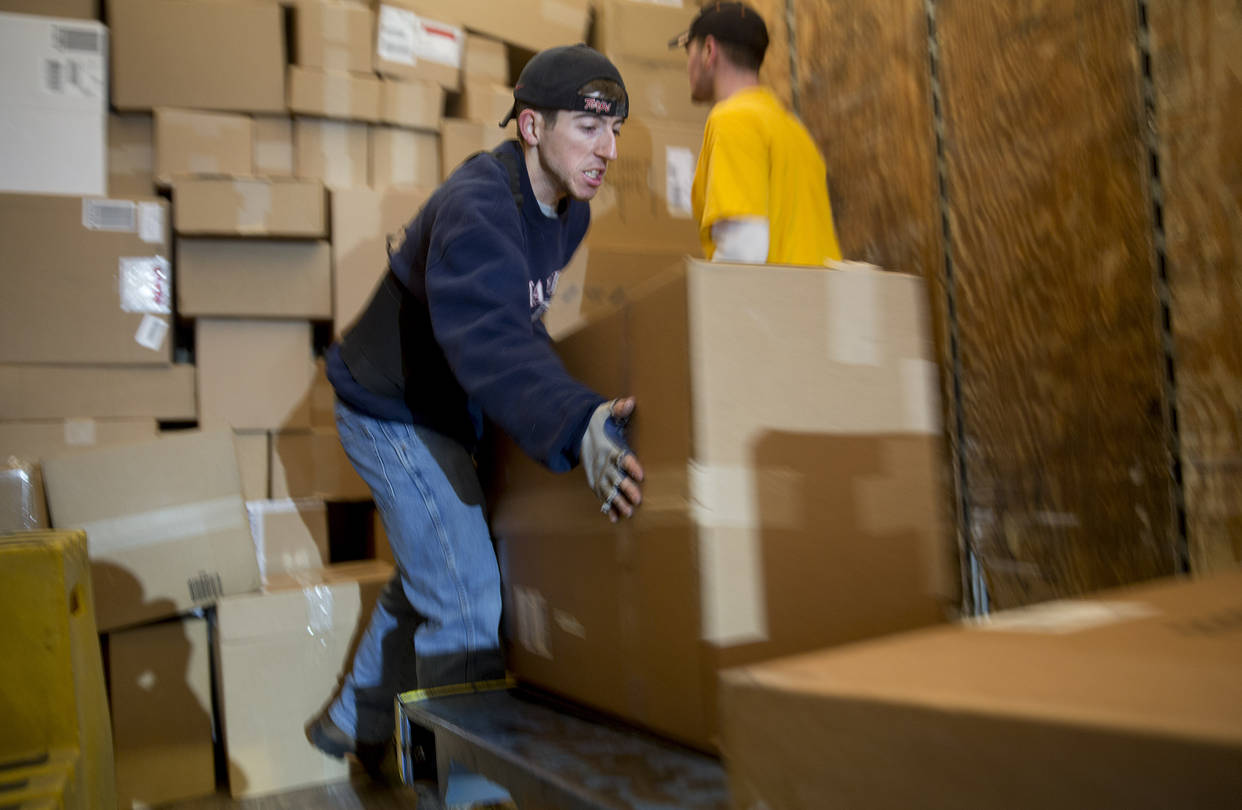 Trucking companies say shipping demand has kept up during a traditionally slow first quarter and they’re racing to bring in drivers and trucks. Photo: Bloomberg News
By
Jennifer Smith

Trucking companies hired new workers at the fastest pace in nearly three years in February as operators rushed to keep up with a red-hot U.S. freight market.

Carriers added 5,600 jobs last month, the U.S. Department of Labor said Friday. It was largest such increase since May 2015, and came as the jobs report showed robust growth across industries including construction and manufacturing that feed transportation demand. Unemployment held at 4.1% for the fifth straight month, the lowest level since December 2000.

The hiring at trucking fleets is a “a welcome sign” in a market where carriers have struggled to bring in drivers to meet demand, said Eric Starks, chief executive of transportation research firm FTR.

Shippers have been scrambling to hire enough trucks as freight volumes have remained strong even during a traditionally slow first quarter. Bad weather and a new federal safety rule have contributed to the shortage. Higher transportation costs have weighed on profits at companies like wholesaler US Foods Holding Corp. and Prestige Brands Holdings Inc., which sells over-the-counter medicines, and could ultimately lead to higher consumer prices.

February’s trucking job gains may be hard to match as the shipping seasons heats up in spring and summer, Mr. Starks said. “I’m concerned because of how tight things are in a soft period,” he said. “There’s a lot of freight in the system.”

Warehousing and storage companies added 400 workers in February, a modest increase compared with the preholiday hiring boom last fall, when payrolls in the sector soared by more than 16,000 jobs over two months as fulfillment centers scaled up to meet growing e-commerce demand.

Truck operators have been stepping up pay and bonuses for drivers and increasingly say they’ve been able to pass along their rising labor costs to customers. The average price to hire the most common type of big rig on the spot market, where companies book last-minute transportation, was up 31% in February compared with the same month in 2017, according to online freight marketplace DAT Solutions LLC.

Old Dominion Freight Line, Inc., one of the country’s biggest trucking companies, said this week its daily shipment count soared 13% last month from a year ago and that a key measure of pricing was up 5.9%. The company said its growth rate accelerated from the fourth quarter.

Still, the broader growth in the jobs market may make it tougher for fleets to find drivers because trucking competes for workers with industries such as construction, which added 61,000 workers in February, the biggest increase in 11 years.

“We are seeing a huge shortage of drivers,” said Melissa Hassett, vice president of client delivery for ManpowerGroup Solutions, a subsidiary of staffing agency ManpowerGroup Inc. “There literally are not enough people with a (commercial driver’s license) to run all the trucks that are needed to move product today.”

Write to Jennifer Smith at jennifer.smith@wsj.com