BASF declared a force majeure on TDI production from its 160,000 tonnes/year plant in Geismar, Louisiana last week. Production issues in the US were exacerbated by plant issues in Europe and South Korea, resulting in renewed supply tightness in global markets.

Renewed supply tightness also prompted a fresh round of price increase initiatives for mid-February and March, calling for price hikes of 12-15 cents/lb effective 15 February, 1 March or as contracts allow.

Buyers may offer some resistance to fresh price increase initiatives as buyers are facing significant margin compression following an extended period of consecutive price increases on TDI dating back to the prior year.

ICIS has increased its assessments for US TDI by a cumulative total of 84 cents/lb since the start of 2017.

Major US TDI producers include BASF and Covestro. 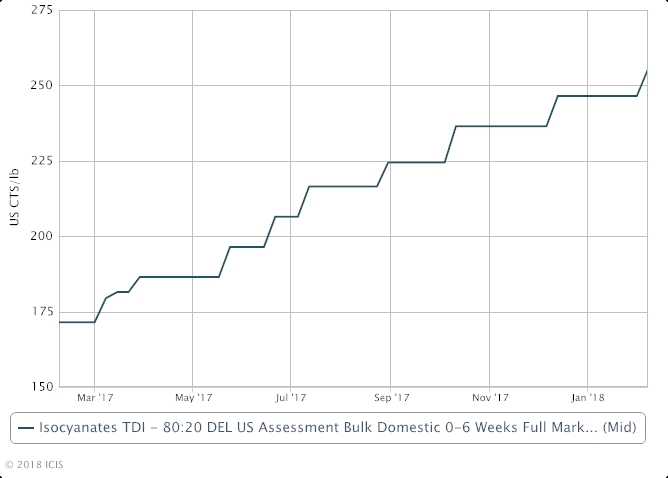