SINGAPORE (ICIS)–The Gulf Cooperation Council’s (GCC) spot toluene diisocyanate (TDI) import market is expected to remain in a bearish environment in coming weeks with no sign of any improvement in demand to provide relief.

The high end of the price range was unchanged because some key Asian suppliers were holding their offers to the GCC steady.

This week’s prices mark the lowest levels for TDI since March 2016. 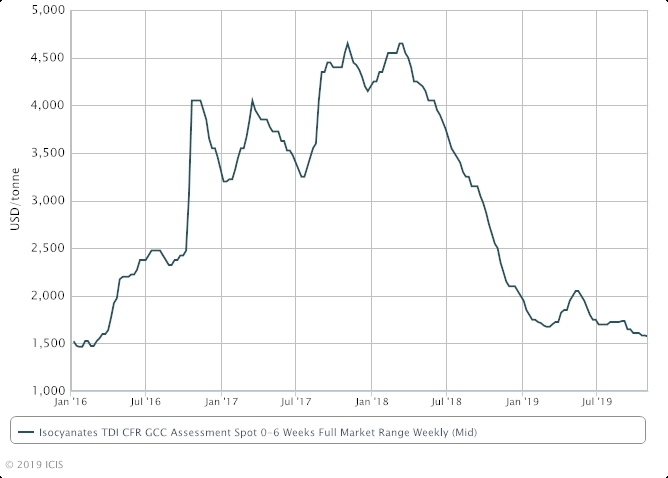 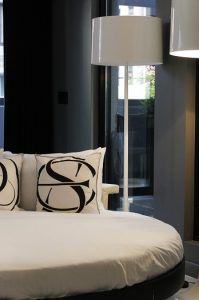 “The lowest offers I heard were at $1,550/tonne (CFR GCC) this week,” said one market participant.

TDI prices in the GCC have been under broad downward pressure since March 2018 when they hit highs of $4,650/tonne CFR GCC.

The relentless downward price pressure has shown no signs of relief despite October being a typically strong demand season for TDI and other polyurethane (PU) component products.

The poor demand was largely attributed to sluggish economic growth, ongoing conflicts and geopolitical tensions in the region.

These have been aggravated by the prolonged US-China trade war, which has essentially dented demand for downstream foam products across Asia, especially China.

Looking ahead, there were few signs that demand would improve before the year ends, market participants said.

Buyers in the GCC and the broader Middle East region have shown reluctance to confirm deals for large volume of material, fearing that prices would slide further even before they receive their orders.

“We are under pressure to get some sales but even many of our buyers have withdrawn their deals,” said one TDI supplier.