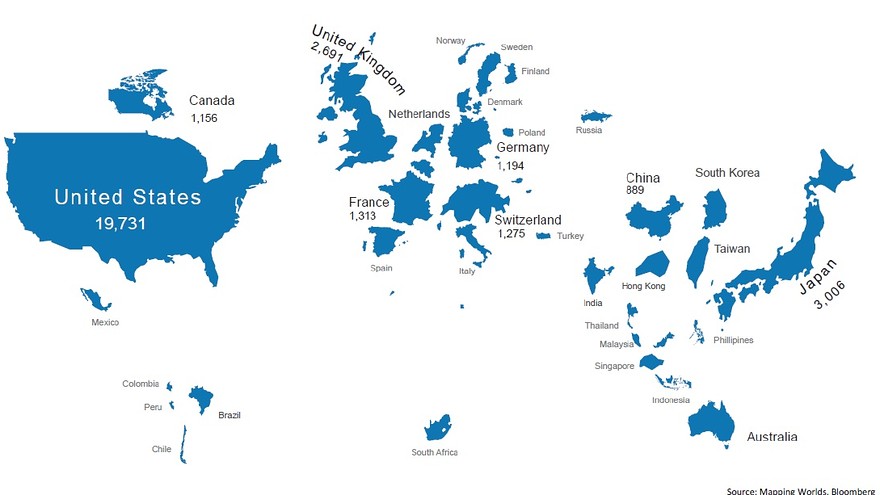 In billions of dollars, the world according to free-float stock market capitalization.

Bank of America Merrill Lynch this month published a report transforming many of their investment themes into maps.

One of note is what the world would look like if sized by market capitalization.

The U.S. is still looking like the U.S. — and Japan is pretty hefty — but where did China go? And how is Hong Kong bigger than the mainland?

Russia, on this map, is basically the size of Finland. (A country that reportedly Vladimir Putin has designs for, though that’s a story for another day.)

The U.S. market capitalization is $19.8 trillion, or 52% of world market cap, which the brokerage says is the highest since the 1980s.

Russia, for what it’s worth, is the largest country by area.