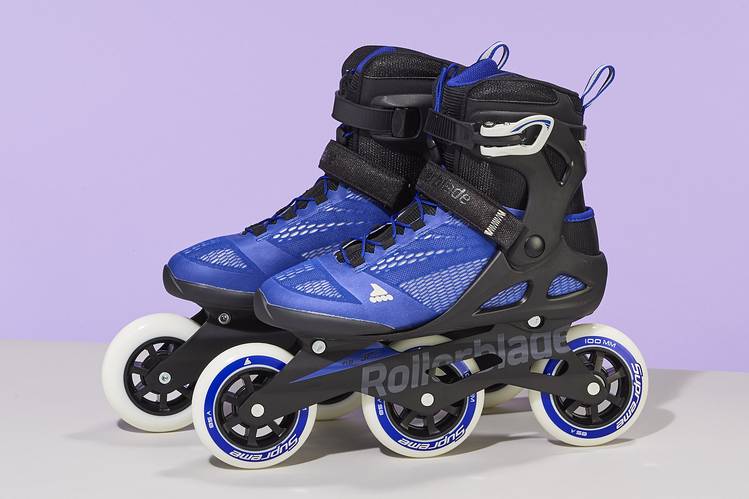 LIKE MANY MID-90S suburban kids, I spent a bizarre percentage of my time on Rollerblades—well, in-line skates, if you’d prefer not to use the proprietary eponym. Some days the blades didn’t come off until dinnertime, or until a sewer stole our street-hockey ball. As teens, my friends and I would take to emptied-out office parks, skating under sodium-vapor lights while the suburbs slept.

Then I got older and, hopefully, cooler and left my skates at the Salvation Army. So did legions of other people. According to the Sports & Fitness Industry Association, more than 22 million Americans strapped on in-line skates in 2000; by 2017 the figure was down to around 5 million. What led to the drop-off? Maybe it was the jokes—aughts-era comics rarely squandered opportunities to mock neon or spandex. Or maybe the quick rise and ubiquity of in-line skates made their fade-out inevitable.

In our misguided pursuit of cool, however, we’ve been missing out, forgetting how incredible it feels to have wheels strapped to our feet. (Chris Evans, the decidedly undorky co-star of “Avengers: Endgame,” which opens this weekend, counts blading among his favorite pastimes.) Good news: If you haven’t laced up in this millennium, the latest in-line skates are noticeably smoother, faster and more comfortable than the ones you remember. 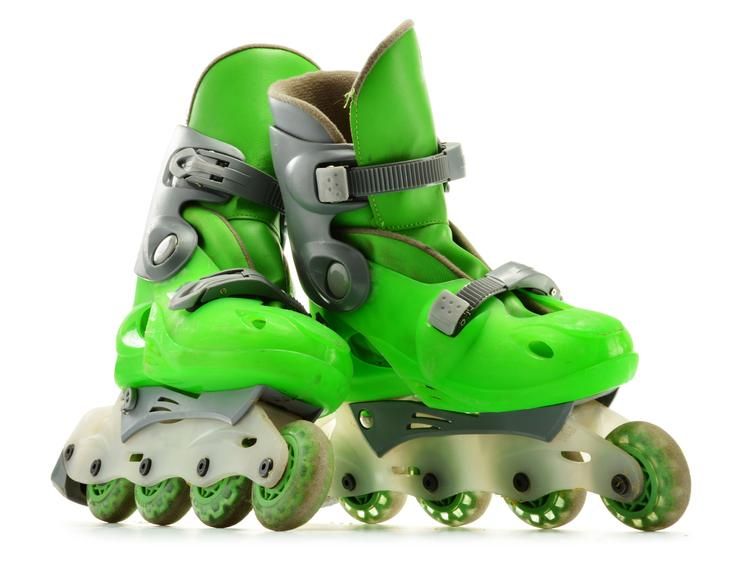 Take the three-wheeled 2019 Rollerblade Macroblade 100 (shown at top, $200, rollerblade.com)—a model aimed at fitness-minded skaters. Its 100-mm wheels seem supersize, compared with the petite 70mm ones we coped with in the 1990s, and glide over imperfect pavement. Big wheels maintain speed better, so you find yourself coasting more, enjoying the ride.

The recent trend for three-wheeled blades does come with a trade-off: The larger radius raises your center of gravity a tad. So if you’re an absolute newbie or feel ultra-rusty, you may want to try the 2019 K2 F.I.T. 84 BOA ($200; k2skates.com) which feel closer to a ’90s-era models. Four 84-millimeter wheels keep you closer to the ground but glide more smoothly than their antecedents, thanks in part to higher quality, better-rebounding urethane. Meanwhile, the exoskeleton-and-inner sock design fits more like an athletic shoe than rigid hard-shell boot.

I skated both models on a bike path I got caught up in sentimental reverie. On the drive home, gassed and sweaty, I had a thought: Before we start considering battery-powered scooters socially acceptable, shouldn’t we give in-line skates another roll?