HOUSTON (ICIS)–Sentiment among domestic buyers of North America titanium dioxide (TiO2) is that pricing power is weaker already in the third quarter and will continue to diminish as supply strain continues to ease. 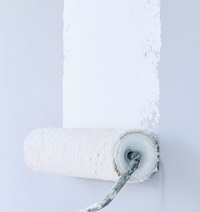 Demand for downstream architectural paints typically wanes later in the year, so softness is imminent.

While the supply of TiO2 remains broadly snug, buyers are encountering both sold-out conditions and finding that some suppliers have more available product.

For now, demand for decorative paints market is still particularly strong, and at least one Q3 price-hike initiative has been heard, but none has been confirmed.

Previous talk of potential third-quarter initiatives seeking as much as 6 cents/lb ($132/tonne) has not dissipated, but neither has it gained momentum.

Demand for TiO2 could remain healthy through August, driven by some remaining pent-up demand from latter 2017, residual seasonal demand from the recent spring paint and coatings season, and cooperative weather in the northeast US especially.

But predictions early in the year that the second half of the 2018 might bring TiO2 price calmness may yet play out, given the absence of Q3 price initiatives, so far.

Seller’s-market conditions in the TiO2 industry during the previous two years of tight supply may be moving toward more balance, where prices are based more on costs and demand factors, a buyer said.

But a lack of new planned capacity additions will keep the domestic market generally pressured for the long term, the customer added.

With the peak demand of the spring paint and coatings season now over, customers could hope for shorter delivery times except for the shortage of trucks and the additional burden on rail traffic and the infrastructure that supports both.

In the meantime, as potential tariffs still loom, the major domestic TiO2 producers are attempting portfolio shuffles to facilitate Tronox’s $2.4bn acquisition of Cristal in what could be the last significant consolidation move in the sector.

This should pave the way for the long-awaited deal to close, and was prompted partly by the US Federal Trade Commission (FTC), which challenged the proposal.

TiO2 is used in products such as paints and coatings – including glazes and enamels – plastics, paper, inks, fibres, foods, pharmaceuticals and cosmetics.

Pictured above: Titanium dioxide (TiO2) is used in white paint. (Photo by REX/Shutterstock)