Today Is the Anniversary of the First Professional Baseball Game

The first pro baseball game was played 146 years ago

Up until the middle of the 19th century, baseball was an amateur’s game. A few players had gone professional — garnering salaries and whatnot — but until 1869, no team featured a professional starting nine. Enter the Cincinnati Red Stockings. 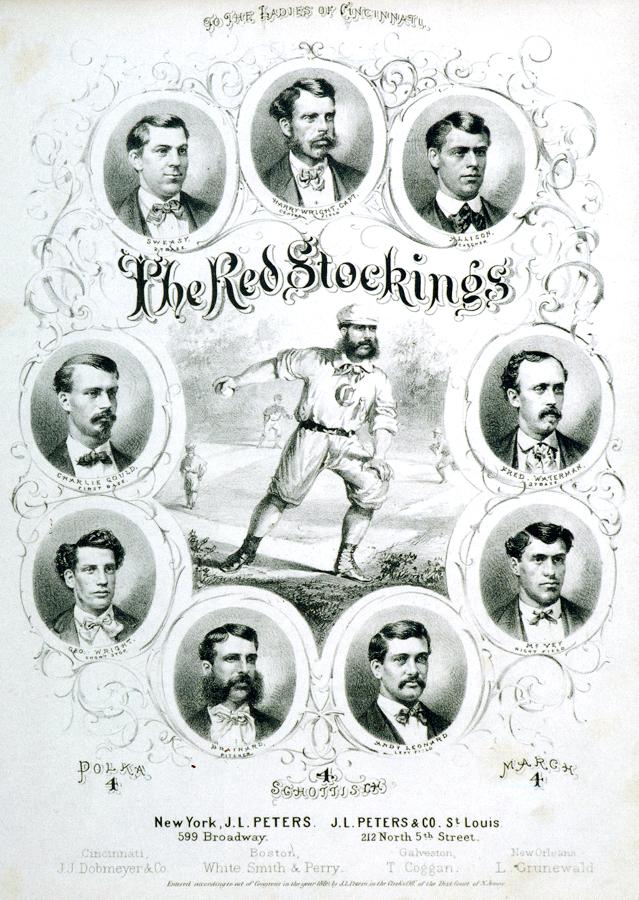 Led by Harry and George Wright (no, not those Wright brothers), the Red Stockings, precursors to MLB’s Cincinnati Reds, played baseball’s first pro game on May 4, 1869, against the amateur Great Westerns of Cincinnati — a game the Red Stockings won, 45-9. The team then kicked off pro ball’s first road trip, touring the country for 57 games that year and winning every single one.

Harry was responsible for founding the team, but George was, according to the National Baseball Hall of Fame, “baseball’s first superstar player.” George’s stats during that 57-0 streak: A .633 batting average while mashing 49 home runs. Perhaps it’s George who stands atop this celebratory cigar cutter: Maybe we should bring that tradition back: