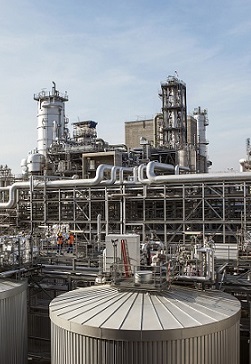 LONDON (ICIS)–European toluene spot prices were pushed higher and forced into a wider range as gasoline values rocketed around $50/tonne in the week to Friday.

The market in Europe is tight, with players still coping with curtailed local supply while chemical demand is up for toluene di-isocyanate (TDI) and, as expected, for other end-uses.

Nevertheless, buyers’ feedback indicates that product can be procured.

Toluene supply has been restricted in early 2019, after a fire at Versalis’ Italian refinery in January and an apparent force majeure at Galp’s Porto plant in Portugal.

On the other hand, demand for toluene has been boosted after BASF’s major TDI plant restarted in 2019.

Overseas demand, including from India, was a feature earlier in the month although feedback from an exporter suggested that lower numbers in other regions such as Korea and Dubai put a dampener on exports.

Upcoming turnarounds at a string of refineries in North America in preparation for the summer driving season could potentially boost toluene demand in that region.

There is some doubt about Europe’s willingness to supply the US for the time being because Europe is currently the highest priced region and other markets such as Asia are seen as more likely to cater to the US.

However, any changes to the market will be closely watched in the event that improved supply in Europe pressures prices lower and opens up an arbitrage westwards.

Spot European bulk toluene prices at Friday’s close were in the range $620-725/tonne FOB (free on board) NWE (northwest Europe), up $35/tonne at each end from the previous week.