Truck Driver Shortage Here for a While

BOSTON, Massachusetts (ICIS)–The shortage of truck drivers in the US amid a booming economy is set to continue, the CEO of a major transportation company said on Friday.

“For trucking, the economy is firing on all cylinders. There are more loads than drivers,” said Darren Hawkins, CEO of YRC Worldwide, at the 11th ICIS World Chemical Purchasing Summit. 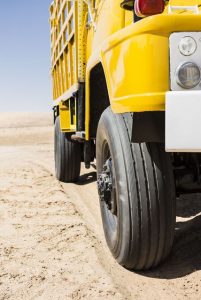 Truck tonnage is up 8% year to date, double the rate of growth at the same time a year ago, and there is a shortage of around 63,000 truck drivers, he noted.

The sector faces severe demographic headwinds, as the average age of a truck driver in the US at 49 is seven years older than the average American worker, he pointed out.

“It is difficult to attract a younger group. Driver pay is rising, but lifestyle is a priority,” said Hawkins.

The average annual salary for a truck driver is around $70,000, he noted.

The acceleration of ecommerce is also pressuring capacity. Five years ago, 60% of YRC’s trucking business was industrial and 40% a variety of other businesses.

“Today, 60% is still industrial but 40% is retail. Amazon has completely changed the landscape of transportation in the US,” said Hawkins.

The booming US economy is also providing competition for truck driver employment in particular.

“When construction activity is expanding, our drivers are going into construction,” said Hawkins.

For YRC Worldwide, internal measurements on trucking activity are “still escalating”, he said.

“We don’t see any relief in the next 2-3 quarters,” said Hawkins.

The development of electric and autonomous trucks could change the landscape in the long run.