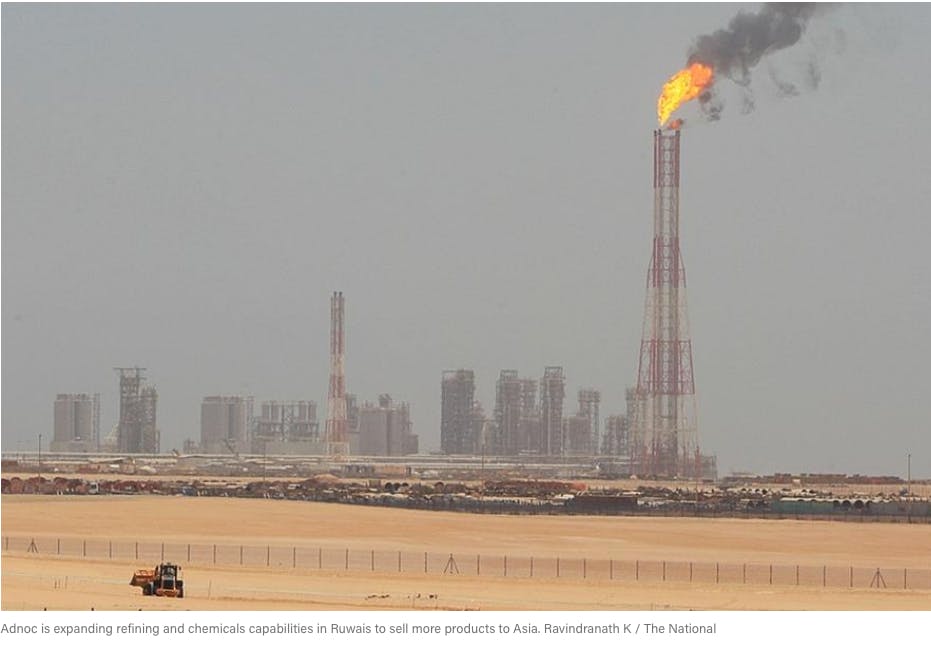 Under the terms of the contract, whose value was not disclosed, Wanhua will purchase up to a million tonnes of LPG annually, Adnoc said.

LPG, a refined product, is in high demand in Asia, mainly as a cooking fuel stored in cylinders for stoves as well as a propellant, refrigerant, vehicle fuel and as a feedstock for the petrochemicals industry.

National oil companies such as Adnoc have begun negotiating and signing long-term contracts for products with buyers in East Asia as they look to secure market share and pivot business strategies to focus more downstream. Adnoc currently produces 10.5 million tonnes of LPG per year. The firm is expanding its refining and chemical capabilities through investments of up to $45 billion with partners over the next five years, including plans to build the world’s largest integrated refinery by 2025.

The latest agreement was in line with the expansion of Adnoc’s “client base and penetrating new markets, through a combination of both short and long-term sales and trading opportunities,” Abdulla Salem Al Dhaheri, the company’s marketing, sales and trading director, said on Saturday.

Wanhua is one of the world’s leading producers for methylene diphenyl diisocyanate, often abbreviated as MDI – a key ingredient in the manufacture of high-performance adhesives and synthetic fibres. The company is also a lead producer of toluene diisocyanate, abbreviated as TDI, which finds uses in the manufacture of flexible polyurethane foams used as support in car seats and upholstery. LPG is the key feedstock for the manufacture of both commodities, with the collective demand for the refined products set to exceed six million tonnes annually by 2021.

Wanhua owns the largest underground storage cavern for LPG with a total capacity of 2.4 million cubic metres as well as adjacent port facilities and berths.

The agreement with Wanhua follows several other long-term supply agreements with Japanese and Malaysian firms earlier this year. In March, Adnoc signed two three-year agreements to sell a combined supply of up to 1.5 million tonnes of the oil product naphtha to Idemitsu Kosan of Japan and SCG Chemicals of Thailand.