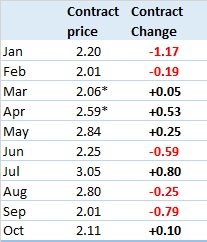 (updates with chairman comments throughout)

LONDON (ICIS)–Bayer’s carve-out of Covestro will allow the company in the future to focus on two of the ‘greatest challenges of the 21st century’,

Let me highlight some of the most important developments since Q2 reporting.