While the implementation officially finished at the end of 2014, Ms. Tolliver spent the first half of this year cleaning up messy databases, simplifying code and updating early parts of the implementation with features added later in the process. 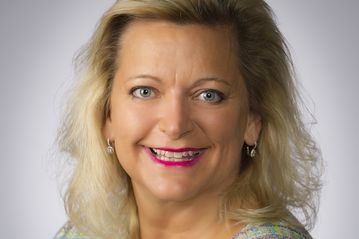 Would she attempt another eight-year implementation? “Not in today’s world,” Ms. Tolliver told CIO Journal. “I can’t imagine doing the project we did in the last eight years in a time of such volatility.” With the maturing of cloud computing capabilities and more “as-a-service” offerings, “the change we’ll see in the next three years is unprecedented.”

Along with scrubbing data and simplifying code, during the implementation Dow devoted about $15 million in “inefficiency resources” to keep things running while employees got used to working with the new ERP system. Part of that went toward employee-recommended changes, such as reducing the number of steps needed to complete some business processes, automatically populating data fields and improving reporting, Ms. Tolliver said. The company also invested in hands-on training for many of its employees.

Dow’s example highlights some of the nuts-and-bolts challenges CIOs face as they try to update software and merge disparate data sets to find cost savings and new insights about customers. Whole Foods Market Inc.WFM +3.16%, Wal-Mart Stores Inc.WMT +0.25% and General Electric Co.GE +0.77% are all in the process of creating or consolidating ERP systems or integrating data across their companies.

A spokesman for SAP said the company does not comment on specific customer engagements.

Putting Dow on a single system gave employees more visibility into how their work fit into the company’s broader operations. But it also showed where certain processes got stuck or needed improvement, problems which may not have been noticeable at a regional level. Across the world, “people were performing the same work differently,” Ms. Tolliver said.

With much of the data scrubbing and code consolidation done, Ms. Tolliver now is trying to use the global view of Dow to simplify its core processes such as order-to-cash, supply chain and sales and operations planning. It’s part of the company’s “Dow 10.0” initiative, which aims to make it easier for customers to do business with the nearly 118-year old firm.

Besides change management challenges, Ms. Tolliver said a major lesson is never to underestimate the importance of accurate metadata. The firm created a centralized enterprise data management team that maintains all of the metadata related to customers, vendors, materials and product coding, which has helped as Dow works to ramp up its use of analytics.

Since the implementation, Ms. Tolliver said process cycle times have begun to decrease. Dow is on track to deliver $500 million in annual productivity by the end of 2017, she added. At the same time, she’ll contend with changes that could come as a result of potential deal activity. Separately, Ms. Tolliver said she’s wrapping up a project related to Dow’s “cloud transformation strategy.”