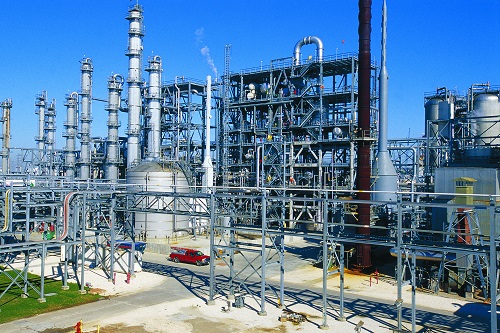 HOUSTON (ICIS)–The US benzene contract price for September is expected to increase from the August levels, sources said on Tuesday.

An increase would be the third consecutive monthly increase for benzene contract prices, which moved higher in August and July. 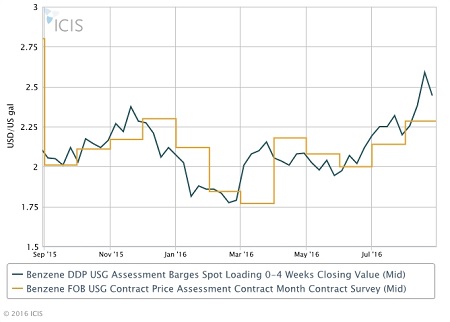 US benzene contract prices are heavily influenced by spot prices, which have been generally trending higher since mid-June due to limited supply.

The US benzene market is structurally short and relies on imported material to meet consumption. However, imports were at a low level in the second quarter, according to the latest US International Trade Commission (ITC) statistics. 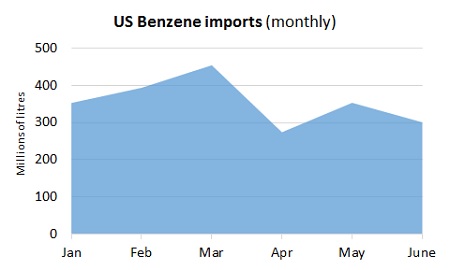 According to market sources, imports have continued to be scarce through August and are expected to remain low in September.

Additionally, some on-purpose benzene producers have been heard to be running at reduced rates due to co-product economics.

US benzene contract prices are typically settled on the last day of the prior month. The September settlement is expected on Wednesday.