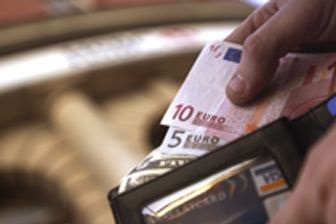 LONDON (ICIS)–European benzene spot numbers eased slightly this week, sources said Wednesday, but a strong US market is likely to limit any significant drop in pricing.

After closing last week at $675-690/tonne, September spot numbers were initially higher on 5 September at $692-705/tonne, with the market pushing upward in tandem with gains on crude oil futures.

“The market is following oil for now,” said one European industry source this morning.

Crude prices were firmer as the week opened, with the market buoyed by news Russia and Saudi Arabia had agreed to stabilise the global oil market.

However, the upward momentum later reversed as the week progressed, with a stronger US dollar weighing on the markets.

European benzene spot numbers saw some downward movement towards the end of  6 September, with September spot indications dipping to around the $685/tonne mark.

September bids were slightly lower this morning at $672/tonne, while offers were at $690/tonne. Other sources valued the current month on either side of $680/tonne. October was slightly backwardated at $670-685/tonne.

However, with US Gulf prices still bullish around the $740/tonne mark this week, some European players feel this will limit any further downside to domestic benzene numbers.

Transatlantic freight rates out of the ARA region are facing downward pressure, with expectations that 5,000 tonne parcels could drop below $30/tonne this month.

The usual arbitrage opportunities from Europe to the US such as pygas or caustic soda have disappeared, which has limited activity on these shipping routes. The access to cheaper feedstock in the US means interest for chemical exports has picked up.

A lack of Asian imports and some production problems in the region has strengthened US benzene prices into September, and the open arbitrage window from Europe at current prices would see European product moving across the Atlantic.

There was already an enquiry seen last week to move 4,000-5,000 tonnes of benzene from Europe to the US, with charters aiming for a shipping rate below $30/tonne.