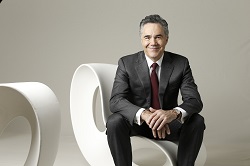 BARCELONA (ICIS)–Brenntag, the world’s largest chemical distributor, is targeting growth in market share globally in an environment of improving financial results and economic growth in some regions.

The company is targeting organic growth as the main driver of expansion as it continues its strategy of making bolt-on acquisitions with a budget of €200-250m/year, according to CEO Steve Holland.

So far this year Brenntag has made three acquisitions. Most recently, in June, the company signed an agreement to acquire China-focused Wellstar Group.

Before that, in February, it completed the purchase of parts of US-headquartered Greene’s Energy Group which serves the oil and gas industry. The same month it acquired another US group – Petra Industries – which mixes and blends dry and liquid products.

According to Holland: “We are on course this year to spend our annual target on acquisitions. This year we acquired Petra Industries and Greene’s Energy in the first quarter and signed Wellstar in Q2. We expect further acquisitions this year focused on Asia Pacific and North America.”

This year’s targets fit in well with the company’s overall growth strategy which is focussed on expansion in emerging markets where it forecasts strong demand growth.

In western Europe and North America there is an emphasis on product and service portfolio optimisation. The strategy highlights products and services for oil and gas as well as value-added mixing and blending.

It targets expansion in fast-growing sectors such as water treatment, personal care, pharmaceuticals, food & beverage as well as adhesives, coatings, elastomers and sealants.

Holland said: “We have the same general strategy to continue developing market share across the world. We see significant upside in Asia Pacific where we continue to invest organically and by acquisition. We’re pleased with North America performance over the last couple of months. There is more stability in the oil and gas sector and we expect this to return to the same level as in previous years.”

Seeking organic growth is Brenntag’s primary focus, said Holland though he points to a number of challenges across the group. “In North America we’ve had difficult trading conditions which were balanced by our geographical spread.”

Brenntag’s Asia Pacific business is principally specialty chemicals. It is expanding operations in Vietnam with additional business in industrial chemicals and South Korea with the acquisition of Whanee in April 2016, which the company said is performing very well. Operations in India are expected to grow in 2017.

Holland said he expects to see mainly organic growth in Asia Pacific as well as possible acquisitions in India and South Korea. There is investment in infrastructure in India and consolidation of warehousing with more purpose-built facilities.

The company’s main operation in Mumbai will move to a larger location with completion scheduled by the third quarter of 2017. India has complexity with great contrasts between regions, he added.

For the first quarter of 2017, Asia Pacific grew strongly, with double-digit increases in key metrics of operating earnings before interest, tax, depreciation and amortisation (EBITDA) and operating gross profit.

This was fuelled by expansion in existing operations and acquisitions. The company does not disclose like-for-like results which would highlight the performance of the existing business.

Brenntag took a big hit of $75m in gross profit (2014-2016) from poorer performance in oil and gas in 2016. “Now clearly this negative outflow has stopped and we see this business as stable to slightly growing. We’ve established a base to grow from,” said Holland.

He believes North America will continue to show good signs of growth in 2017.

The CEO said that in Latin America the company is still relatively challenged because of the geopolitical and economic situation. Although Mexico and Colombia are doing reasonably well, there are economic challenges in Brazil, Argentina, Chile and Uruguay.

“We’ve seen Brazil start to stabilise and we see our business there becoming more predictable.”

For the first quarter in Europe he said there was an interesting challenge caused by outages which led to product shortages and demand outstripping supply in Asia Pacific. This was across the range, including some solvents and chlor-alkalis.

Looking across the group, Holland said Brenntag is in a strong position with its specialty chemicals business which has grown in the last 12 months, especially in life sciences and food. The split is broadly 70% specialty to 30% commodity.

He anticipates increasing gross margins this year driven by improved operational leverage: “As business grows, efficiency increases because you are putting more product through existing facilities. In Q1 we saw strong growth in gross profits.”

Looking ahead to the third and fourth quarters, Holland believes the outages will be back online while new capacity coming online such as Sadara in the Middle East will boost supply.

There is a recovery in the rig count in North America specifically in areas of shale gas production.

“Chemical distributors will not really be affected by the new capacities coming onstream. Chemical manufacturers are always subject to long-term challenges when there is major capex in capacity expansion. But they take a long-term view beyond the short-term effects on the marketplace.”

Looking at trends across the sector, Holland identifies further consolidation in chemical manufacturing. He does not foresee a move towards localised production in response to the current rise in nationalism and protectionism around the world.

“We see continued conversion to worldscale plants for economies of scale and performance. This is counter to the localisation philosophy – we don’t see a sudden emergence of local production.”

Holland also picks out the rise of digitisation and is investing in a new digital platform which will be in test mode by the end of the year.

“We see more value-add opportunities in terms of enhanced technical services such as help with formulations, and more outsourcing of mixing and blending,” he added.

See the 21 July issue of ICIS Chemical Business for the 2017 ICIS Top 100 Chemical Distributors listing plus analysis of market trends.