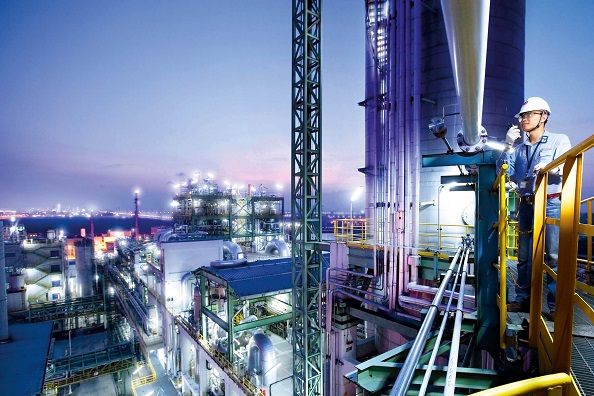 First-quarter polyurethanes earnings before interest, taxes, depreciation and amortisation (EBITDA) rose 36.1% to €637m on the back of continued strong pricing for methyl di-p-phenylene isocyanate (MDI) and toluene di-isocyanate (TDI) due to supply tightness and production shutdowns.

Polycarbonates EBITDA rose 30.6% over the same period to €303m on higher selling prices, while coatings, adhesives and specialties earnings fell 15% year on year to €136m on the back of lower sales, higher raw materials costs and currency headwinds, the company said.

Some of the tightness seen in the European TDI market is expected to loosen following the anticipated restart of BASF’s flagship Ludwigshafen, Germany, TDI plant during the second quarter of 2018.

Issues at the 300,000 tonne/year facility since its start-up in 2016 have been instrumental in maintaining supply tightness in the market and driving up pricing.

Acute supply issues across many of Covestro’s core markets have buoyed the company’s performance over the last year, with 2017 net income rising 2.5 times to €2.01bn year on year.

Outgoing CEO Patrick Thomas described the surge in TDI profits as “fly-up margins”, beyond the level of the profitability that can be reasonably be expected from a greenfield facility.

TDI fly-up margins added €500m to group revenues in 2017, he said earlier this year, which will halve in 2018 on expectations of normalising prices in the second half of the year.

Despite some anticipated supply slackening in key markets, the company is on track to deliver continued strong results in 2018, according to CCO and CEO-to-be Markus Steilemann, who projected that EBITDA in 2018 would be commensurate with 2017.

“We got off to a successful start in the first quarter and are well on track for the whole year,” Steilemann said.

“While maintaining core volumes on a high level, we’ve again significantly improved all other key figures compared to the excellent results of the prior-year quarter,” he added, noting that second-quarter results are likely to be stronger than in the previous year.

The company completed the first tranche of its €1.5bn share buy-back programme during the quarter, with around 4.5m shares with a value of €400m repurchased, equivalent to 2.2% of the company’s capital stock.

The second phase will commence soon, the company added.

Better-than-expected pricing helped the company exceed equity chemical analysts’ EBITDA forecast, according to Swiss investment bank UBS, and the company remains an affordable investor target despite the sharp increase in its stock price since the firm split off from former parent Bayer in late 2015.

“On our estimates, Covestro’s shares remain one of the cheapest in the sector, trading on 2018E EV [enterprise value]/EBITDA of 5.1x [times],” UBS said in a note.

The company’s shares were trading down nearly 3% from Wednesday’s close as of 12:00 London time, and have fallen by nearly €6 apiece since 20 April.