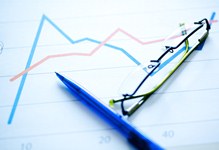 LONDON (ICIS)–European ethylene and propylene contract prices for January 2016 have settled down from December primarily on the back of the declines in upstream crude oil and naphtha.

Ethylene settled first on Friday morning, at €900/tonne, a reduction of €27.50, and the propylene settlements came shortly afterwards, players having found agreement at €620/tonne, down by €50/tonne – the lowest since June 2009.

Because of the downwards tendency in the upstream market, some sources had felt that producers would try and find agreements sooner rather than later.

“When I see what’s happening to naphtha, it would be damage control for them [producers] to settle as soon as possible,” a buyer said.

However, sources were clear that they would strive for a full and final settlement ahead of numerous player absences due to the Christmas and New Year break.

The magnitude of the contract adjustments was not surprising, sources said, given the drops in crude oil and naphtha prices through December.

According to ICIS data, naphtha prices are about €35/tonne lower in December when compared with November.

Ethylene discussions got under way amid talk that some producers would be attempting to settle at a rollover, in their view the feedstock decline being effectively offset by the ongoing tighter-than-expected supply and demand balance.

However, seller-buyer positions were soon heard at minus €15-50/tonne and then came the settlement at €900/tonne.

Most sources – both on the buying and selling sides – said that they thought the ethylene agreement a fair compromise. The demand outlook, particularly for key derivative polyethylene (PE) is strong.

However, some consumers were not happy.

“Our position is that it [the €27.50/decrease] is definitely too low a reduction,” the first buyer said.

Another said: “It’s a very good deal for producers, they have had a really big Christmas present.”

The propylene negotiations were always going to be a little more difficult.

Not only was there the reduction in feedstock to be considered, but consumers were also adamant that the struggles of some propylene derivatives to compete against weaker propylene costs elsewhere, had to be factored in.

At the start, producers and consumers' respective positions were heard as far away as minus €15-30/tonne and minus €40-70/tonne. There was a broad range of positions from propylene consumers largely reflecting the differences in their performance.

“Some [derivative] chems are in a mess even if margins on PP [polypropylene] and PO [propylene oxide] are okay and they could do less,” a producer said.

The talking range later narrowed to around minus €45-55/tonne, some sources said, with the settlement thereafter coming in at minus €50/tonne.

“Integrated players would have lived with a smaller reduction,” a propylene buyer said. “We would have loved to have seen more, but this is a workable compromise,” it added.

“It's important that the decrease exceeds the pure naphtha pass through, signalling ongoing pressures in global markets for some derivatives.”

A second producer said: “I am a bit concerned about [downwards] pressure in the first quarter.”

"It's better to get it [an appropriate reduction] over and done with, rather than having a salami-slicing approach.”

Even so, a few players thought a deeper reduction would have been more realistic and that it did “not go far enough in restoring global competitiveness to the non-PP derivatives.”

“Much will depend on the evolution of feedstock costs now,” a third buyer said.

The contracts are agreed on a free delivered (FD) northwest Europe (NWE) basis. 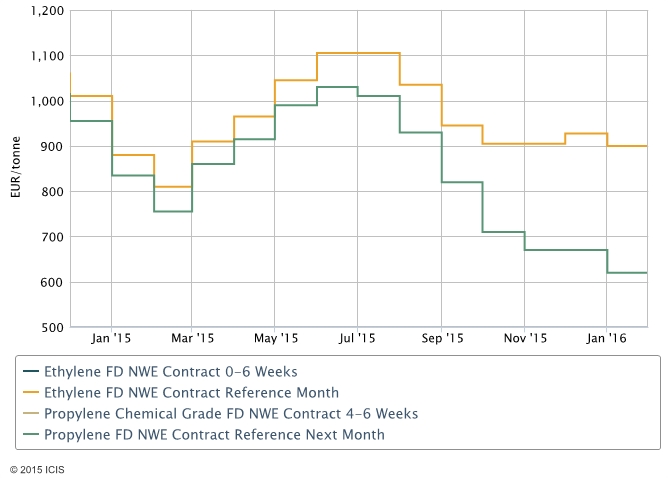