“Considering the [spot] discounts and the increase in naphtha, we are close to break-even point,” a source said.

Another said: “Firm naphtha and lack of support from the by-products would certainly put a cap on what some cracker operators can offer.”

Spot prices for both ethylene and propylene have been under downwards pressure in Europe for some time due to an oversupply driven by soft demand and weak global markets. 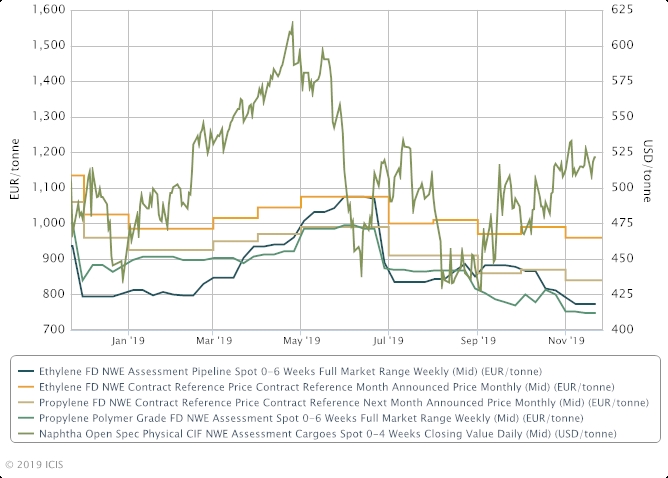 –
These bearish pressures have become more pronounced in November as crackers have come back online following planned maintenance and demand has slowed further as inventory concerns take precedence at year-end.

LACKLUSTRE DEMAND
No improvement in demand is likely before the new year but, on paper at least, supply is expected to grow as planned turnarounds will be finally complete for 2019 and the unplanned issues should also have been resolved.

However, sources said these unplanned issues, if ongoing, would not make too much of a difference in December anyway.

All sources canvassed this week – producers and consumers – anticipate some reductions in cracker operating rates next month but said firm decisions have yet to be made; they are waiting to have cracker restarts confirmed.

“If things don’t improve there will be structural reductions to limit the damage,” a third source said.

Cracker margins have been on a downward trend since early August. 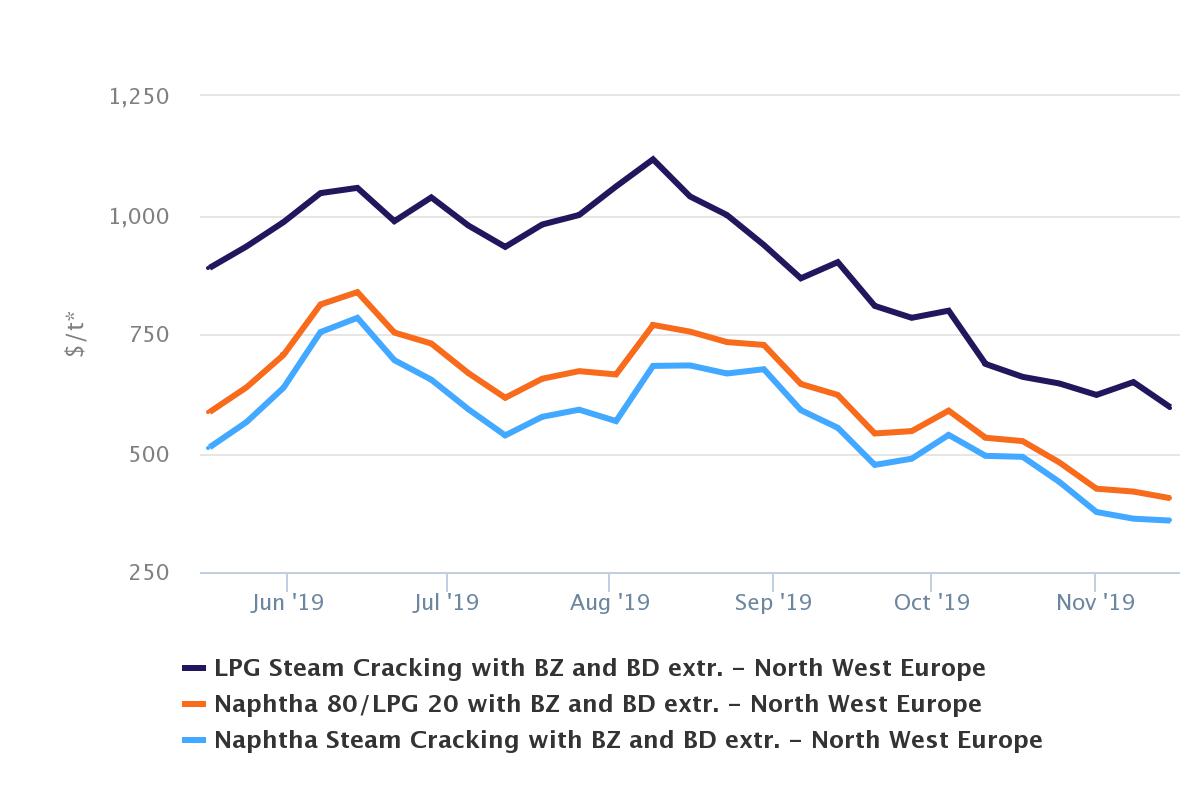 –
In previous years, producers had been able to manage year-end cracker balances usually through a raft of ethylene exports mainly to Asia, but prices there are such that the free on board (FOB) Europe netback would be too low – lower than is currently talked for domestic activities – to contemplate at this time.

The second source said it would expect to see some “significant trim next month, especially since export is not an option either.”

Some propylene export has already been fixed through October and November to help address the length in that market, particularly in chemical grade propylene (CGP), but it is not clear whether there will be more.

“It’s going to be interesting to see what happens in the next two weeks,” a fourth source said.