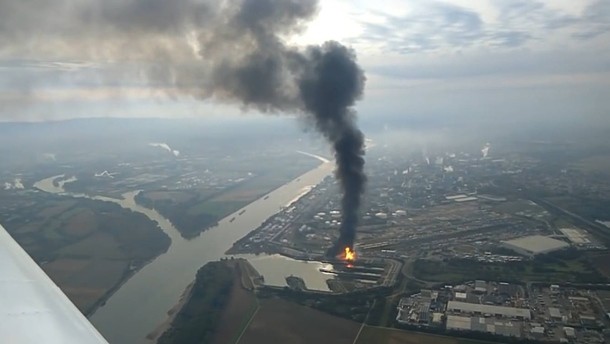 LONDON (ICIS)–BASF has closed its Ludwigshafen steam crackers and halted naphtha imports following a severe fire at the site, a source from the German chemical major said on Monday.

Derivatives at the facility would also be affected, the source said, describing the incident as “a disaster”.

The source said: “We cannot continue with naphtha imports so we are shutting the crackers. And, consequently, derivatives too.”

BASF’s Ludwigshafen site has two steam crackers with a total capacity of 620,000 tonnes/year.

As the reasons for the fire remain unclear, unverified footage posted online shows a large plume of smoke originating at a loading bay at the site’s northern site.

Another source in the European chemical industry speculated the fire might have started after an explosion occurred at a storage tank in the site’s northern harbour.

Earlier on Monday, a spokesperson for BASF said several people were injured after the fire broke out at 11:30 local time (10:30 GMT) on Monday. The company’s own fire department and the authorities are investigating the accident, the spokesperson added in a telephone conversation.“This morning there was a fire at the northern part of the site [Landeshafen Nord]. We still don’t know how the fire was caused or what exactly happened,” the spokesperson said.

“Our fire brigades are on site trying to find out what happened. We are investigating possible causes.”

The spokesperson added it did not know the exact number of people injured or the type of injuries caused by the fire.