HOUSTON (ICIS)–Initial settlements for US July propylene contract prices are at a 0.5 cent/lb increase from June levels, although the settlement is not yet marketwide, sources said on Thursday. 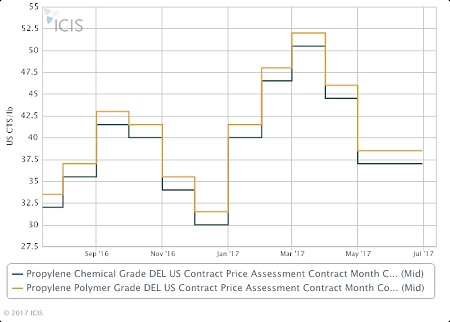 The slight increase is in line with recent market expectations amid production issues in the market and data released this week showing a decline in inventory levels.

Two US Gulf propane dehydrogenation (PDH) units have been off-line for turnarounds.

One began a turnaround and had been expected to restart during June. That unit, which has a propylene capacity of 660,000 tonnes/year has been operating at reduced rates since it began restarting in late June, market sources have said.

The other PDH unit, which has a capacity of 750,000 tonnes/year, began a 30-day turnaround in mid-June and is expected to restart during the second half of this month. 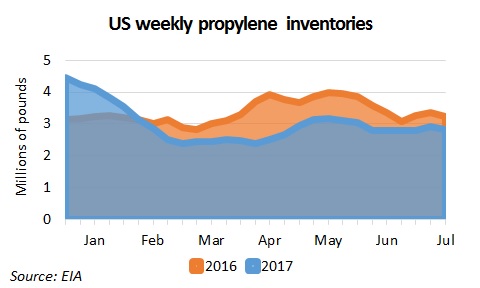 A full settlement for July contracts is pending confirmation of further settlements from market participants.