The BASF site, the location of Hoboken’s pending $18.3 M eminent domain purchase, is “contaminated." Who is responsible for cleanup costs? 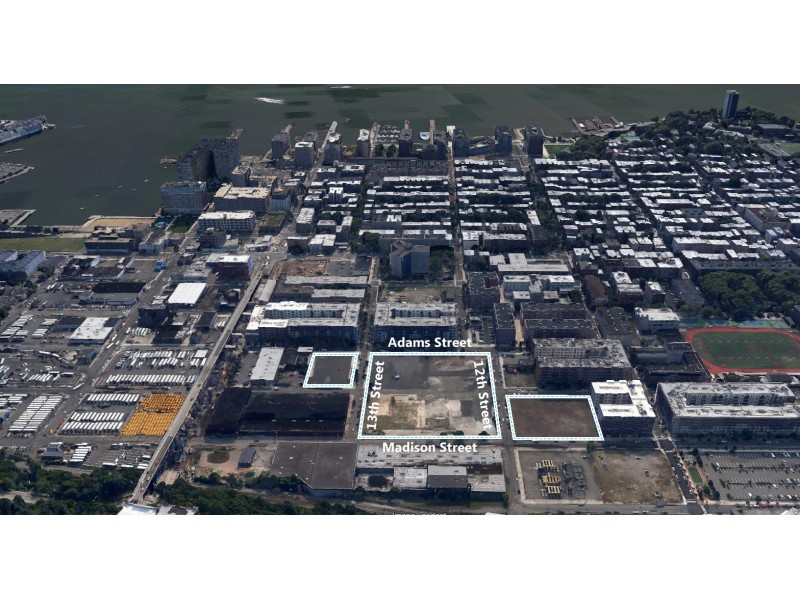 As the Hoboken City Council convenes for a final vote and public hearing on the long-touted, $18.3 million “Resiliency Park” project on Wednesday night, there may be some important information for residents to consider about the property where the park will be located.

On Sept. 2, council members approved plans to use the city’s eminent domain powers to purchase a six-acre parcel of land owned by BASF – one of the largest chemical manufacturing producers in the world – with the plans of converting it into a “resiliency park” that would help to alleviate flooding in the municipality.

In addition to being able to store about a million gallons of floodwater, the project will also include a municipal parking garage – potentially with rooftop recreation or other public amenities – and is one of three such parks planned as part of the municipal Rebuild by Design plan.

But after hearing about the city’s plans, former U.S. EPA Attorney Richard Weinstein reached out to Patch to express concerns about the “possible presence of hazardous wastes” at the property, which was formerly owned by Henkel, a multi-national company that manufactures laundry/home care, beauty care and adhesive technology.

Weinstein said that he was worried about what might happen to storm water during major events such as Superstorm Sandy.

“If the storage extends beyond a 90-day period and hazardous wastes leach into the retention area, it may be necessary to obtain a RCRA permit as a storage facility,” Weinstein stated. “The question then becomes, ‘Who is responsible for obtaining [it]?”

CITY ADMINISTRATORS: NOT US

Juan Melli, communications manager for the City of Hoboken, told Patch that administrators were aware of “environmental contamination” that exists on the BASF property.

“As part of its due diligence, the city contracted with Excel Environmental Resources as Licensed Site Remediation Professionals (LSRP) to conduct a site investigation and environmental assessment,” Melli stated.

“Remediation of the site is the legal and financial responsibility of BASF as the property owner/responsible party. In the coming months, the city will contract with engineers and environmental experts to design a park with stormwater detention. Ultimately, the completion of the construction of the project will result in the remediation of the property to the level and standards as mandated by the regulatory agencies having jurisdiction over the process, thereby eliminating any adverse risks to residents and park users.”

In 2015, re:focus Partners conducted a “Feasibility Study” of the city’s plans to purchase the BASF property.

According to the study:

“One key challenge associated with the designated parcel is a history of soil contamination. The site requires location-specific soil removal of up to 10-22 feet, but environmental review developed by Excel Environmental Resources, Inc. show that broader ground water management remediation techniques are unnecessary. Remediation would include removal of contaminated soil, confirmation sampling, and management of stormwater during excavation.

“After completion of the remediation, the excavated space could become part of the larger construction excavation plan. Engineering cost estimates show that all soil remediation and removal costs could be included within subsurface structure construction. The total amount of funding that BASF will be required to contribute towards site remediation would be negotiated as a part of the sale of the parcel.”

However, the study added:

“Given the high-density and value of Hoboken’s 1-square mile of land, there are very limited opportunities for public land-use outside of currently-owned city properties or rights-of-way. This may be the city’s best opportunity to obtain such a large parcel of land for utilization in its aggressive flood management strategy.”