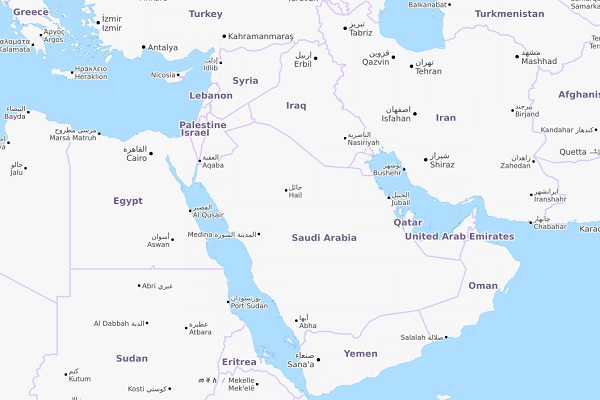 SINGAPORE (ICIS)–Isocyanates market players in the Middle East are fretting over possible adverse consequences of a prolonged diplomatic row between Qatar and its fellow Gulf Cooperation Council (GCC) members.

Saudi Arabia, Bahrain, the UAE – members of the GCC to which Qatar belongs – and Egypt decided on 5 June to cut diplomatic and trade ties with Qatar, which they deem to be supporting terrorism that causes instability in the region.

So far, the political rift has not had a direct impact on the isocyanates market, although prices softened in view of weak demand amid the Muslim fasting month of Ramadan, which began on 27 May, industry sources said.

Import prices of polymeric methyl di-p-phenylene isocyanate (PMDI), meanwhile, were stable-to-soft at $2,550-2,650/tonne CFR GCC, down by $50/tonne at the low end of the previous week’s range.

Isocyanates are used together with polyether polyols in the polyurethane (PU) industry for the manufacture of flexible or rigid foam products.

There have so far been few signs of any immediate impact on the isocyanates market from the dispute aside from the hit on transportation.

Isocyanates producers and traders said their main shipping agents were already reluctant to call at Qatari ports for fear of being banned from the other ports such as in the UAE and Saudi Arabia.

“I heard some shipping lines already refuse to accept any cargo bound for Qatar ports,” said one market source.

Dubai-based port operator DP World announced on 6 June a ban on all Qatar vehicles and cargoes at UAE ports with immediate effect, while shipping agents at Saudi Arabian sea ports have been instructed not to receive or unload cargo from any Qatari vessels.

“I have some shipments heading there now, I don’t know how this will work out,” said another market source in northeast (NE) Asia.

The Middle East region itself was not a huge market for isocyanates, with only about a 3% and a 2% share in global 2017 TDI and MDI consumption, respectively, according to the ICIS Supply-Demand Database.

Qatar produces basic chemicals, polyethylene (PE), as well as methanol. It is also the world’s biggest supplier of liquefied natural gas (LNG) but in itself is not a major buyer of isocyanates.

The bigger concern would be how the crisis would affect broader regional economic conditions, as well as trade ties between the GCC.

“The PU market itself in Qatar is not very big but the long-term implications could be very serious for the economy as a whole not just the PU market,” said a NE Asian source.

A Middle Eastern source said the dispute “will have serious long-term repercussions”. 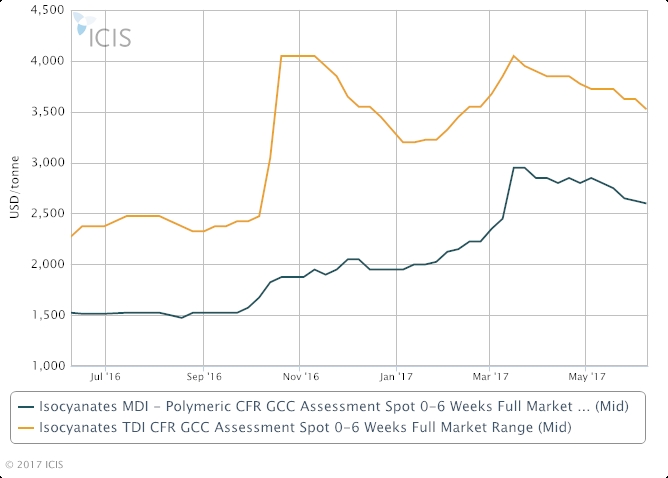 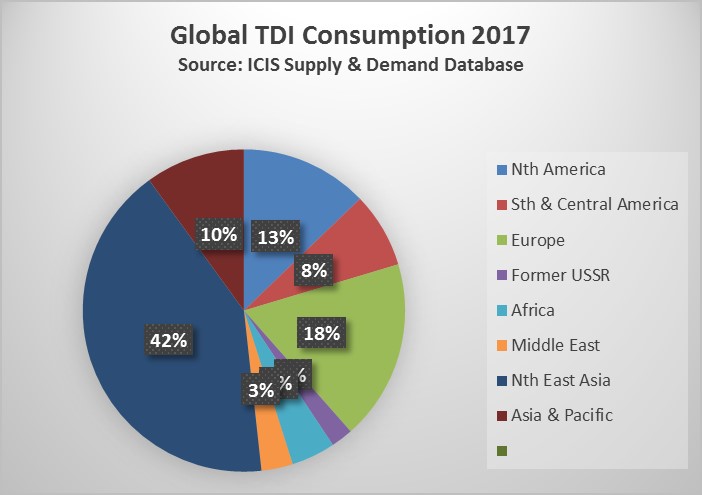 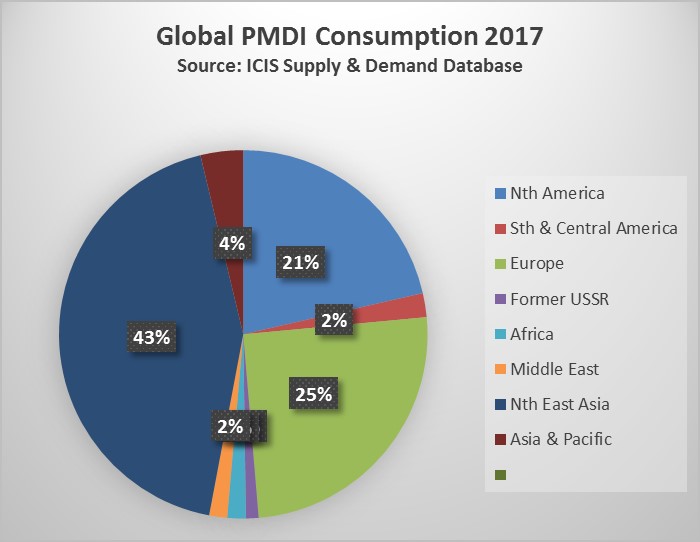 We are interested in your views on data providers for price assessments, indices, news and analysis for the petrochemicals markets. This is your chance to express your views on the data and information sources you use. It will take less than five minutes to do.