More on the Propylene Settlement

HOUSTON (ICIS)–US August propylene contracts have settled at a 2 cent/lb increase for the majority of the market, although one seller did not settle at that level, market sources said on Tuesday and Wednesday. 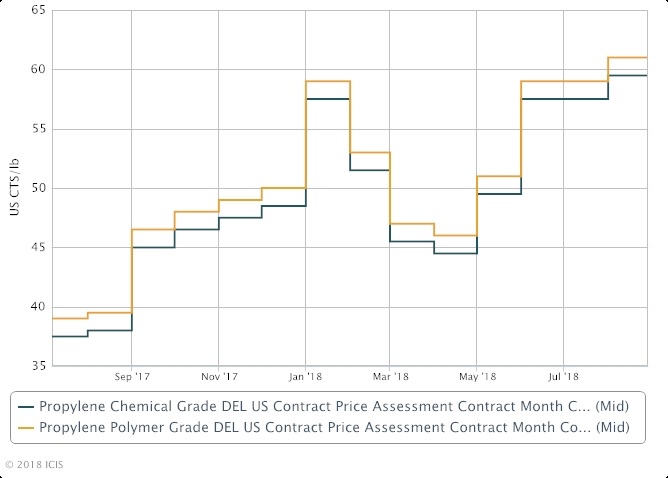 Propylene contracts faced upward pressure in early August following outages at US Gulf propane dehydrogenation (PDH) units in June and July and limited production from crackers due to lighter feedstocks.

However, some of that upward pressure eased while contract talks were underway as the lack of major outages in August allowed supplies to recover. Earlier in the month, propylene contract talks included increases of 3 cents/lb, and one contract nomination was as high as a 5 cent/lb increase.

Despite the supply recovery during August, propylene production from crackers remains constrained. An oversupply of ethylene has narrowed margins and encouraged increased usage of lighter ethane feedstocks, which produce the least amount of propylene.

Ethane’s share of the cracker feedslate has risen to 74.2% by June, up from 65.0% the previous June. The daily rate of propylene production from crackers in June was lower by 14.1% than the previous June, according to data from the Jacobs Consultancy.

“Propylene production has been in the longest period of ethane favoured cracking in years,” one market source said.

The combination of limited production from crackers and recent PDH outages has kept US propylene contract prices elevated compared with other regions since June. This puts domestically-produced derivatives at a cost-disadvantage to derivatives produced in other regions. 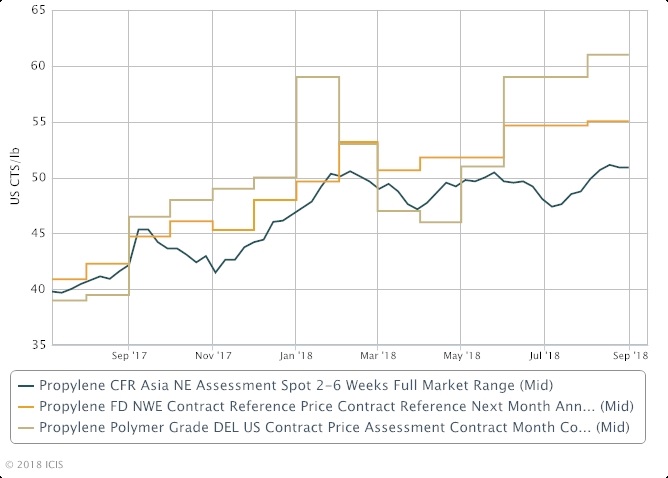 While higher US prices have so far caused little demand destruction, derivative imports may increase as the US remains the high-priced region.

“Some derivatives may have been OK with higher prices in July, thinking it would only hurt for a month, but that bit them. So they may be more likely to look for imports due to further increases,” the market source said. 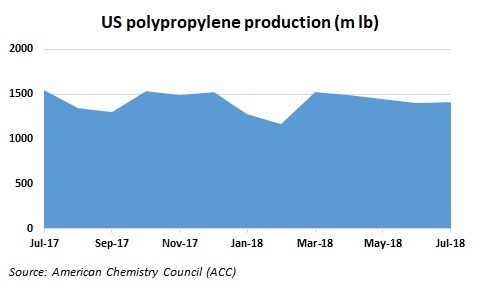