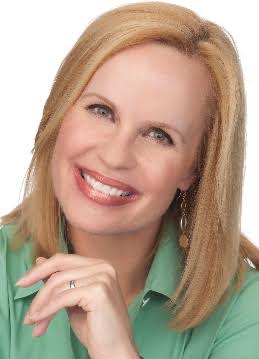 (November 1, 2019) CertiPUR-US®, a certification program for flexible polyurethane foam used in bedding and upholstered furniture, welcomes Elisabeth Leamy, a 13-time Emmy-award-winning journalist and consumer advocate, as the spokesperson for its national publicity campaign. The campaign recently conducted a satellite media tour that resulted in Leamy’s interview airing on TV news broadcasts in more than 20 markets—gaining consumer awareness for the benefits of purchasing products containing certified foam.

Leamy is a 25-year consumer advocate who has appeared on programs such as “Good Morning America” and “The Dr. Oz Show.” In addition to her Emmys, she has been honored with four Edward R. Murrow awards for her work educating consumers on a variety of issues. She has written two critically acclaimed books, “Save Big: Cut Your Top 5 Costs and Save Thousands” an d “The Savvy Consumer: How to Avoid Scams and Rip-Offs that Cost You Time and Money.”

Her advocacy of the CertiPUR-US® program began after writing about the foam certification program in an article on how to choose a mattress for the Washington Post in her role as consumer columnist for the newspaper.

“I was so impressed with what this nonprofit group is doing for consumers that I partnered with them to try to help get the word out,” Leamy explains.

Additional coverage on TV news stations and other media outlets is planned for 2020. Read Leamy’s blog post on how to get a safer night’s sleep at www.certipur.us/safersleep.