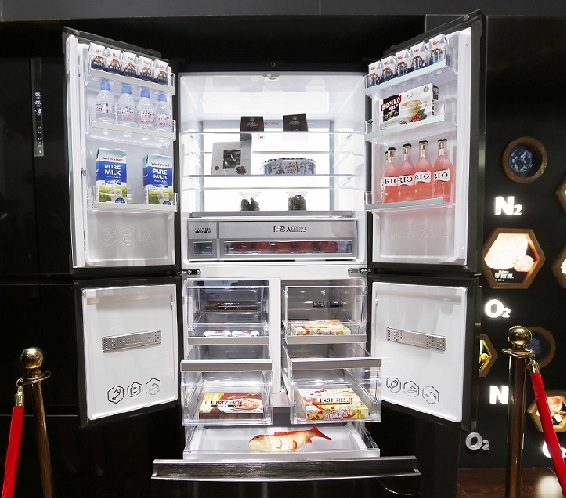 Prices have surged by more than 26% from mid-July and are currently at their highest levels since ICIS began tracking the market in August 2011, with further gains expected over the next few weeks.

There have been limited spot material available for sale to the Middle East, which is in a seasonally strong demand period, and some buyers were heard scrambling to secure whatever was available in the market on concerns that spot prices will continue to increase.

A key producer had small quantities left for its Middle Eastern customers and was offering the cargoes at $3,300/tonne CFR GCC.

Another PMDI seller in the Middle East now considers $3,200/tonne CFR GCC to be the lowest level any seller would be willing to offer any PMDI cargoes this week.

For November shipments, offers were heard at as high as $3,600/tonne CFR GCC.

A Middle East market participant was willing to pay the equivalent of $3,500/tonne CFR GCC for any PMDI cargoes available for prompt delivery but no supply was available.

“In the GCC, any price is possible now as there are zero offers or availability,” said another market source.

Tight supply conditions have been exacerbated by reduced output from some key MDI producers in northeast Asia, such as Kumho Mitsui and Tosoh Corp.

China’s Wanhua Chemical is the world’s biggest PMDI producer with a total production capacity of 1.8m tonnes/year from its three units.

The increase in Middle East PMDI prices since late August also came on the back of a similar trend in Asia. Spot import prices in southeast Asia and India surged, tracking strong gains in the Chinese market, as suppliers raised offers amid persistent tight supply.

China’s import prices for PMDI extended gains in the week ended 20 September amid strong domestic prices. There was some correction in the domestic market later in the week as buying interest has waned, following a sharp price surge.

Some Middle East sellers said PMDI prices in the GCC should actually be much higher than current levels. Others noted that the GCC market is waiting for further cues before chasing the stronger spike in Asian prices.

“It’s better to wait [for Asian prices] to become stable,” said another market source in the Middle East. 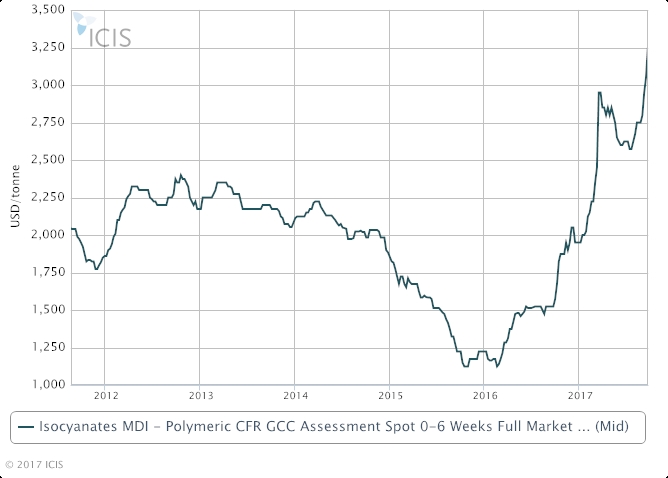