US H2 polyol demand likely to grow slower than expected

HOUSTON (ICIS)–Demand for US polyols slowed during the first half of 2019 when compared with the prior year and the second half of the year is likely to see a similar pattern of consumption, rising at a slower rate relative to 2018. 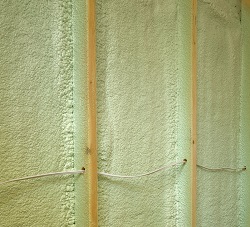 Photo by Design Pics Inc/REX/ShutterstockA deceleration in global economic growth has also weighed on polyol demand and this factor is likely to remain in place over the short term as several economists have voiced concerns over a possible global recession within the coming quarters.

The automotive industry has been slowing globally as trade tensions create uncertainty and amid stricter regulations in several countries.

Furniture and bedding demand within North America has also been sluggish for the past several months, although the industry is hopeful that mattress sales may find some support following a recent decision by the US government to impose anti-dumping duties on shipments from China.

Demand from the construction sector is likely to pick up during the third quarter before slowing in the fourth quarter, following normal seasonality factors. The construction season in North America was slow to start the year, which contributed to inventory build ups in a number of polyurethane intermediates.

On the supply side, polyol availability is anticipated to remain sufficient as the US market is structurally long. This dynamic is unlikely to change over the short term.

Polyether polyols generally track the direction of upstream propylene feedstock costs, which may face some downward pressure in the coming months as propylene inventories remain sufficient while derivative demand has been sluggish. 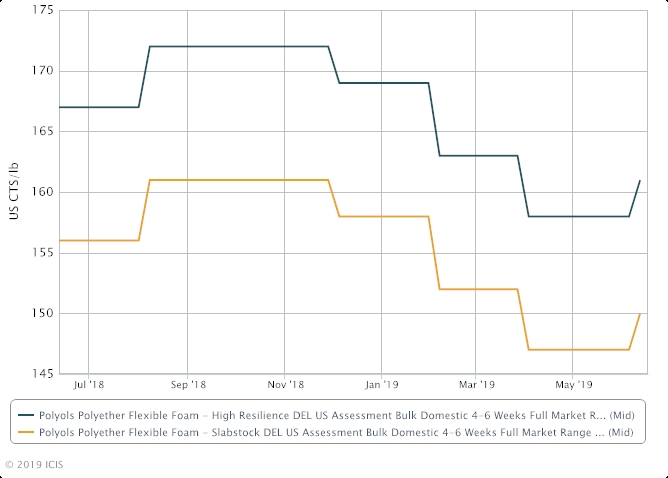 Polyester polyols tend to follow the direction of diethylene glycol (DEG) feedstock costs.  DEG supplies may lengthen in the coming months on new capacity in the US. 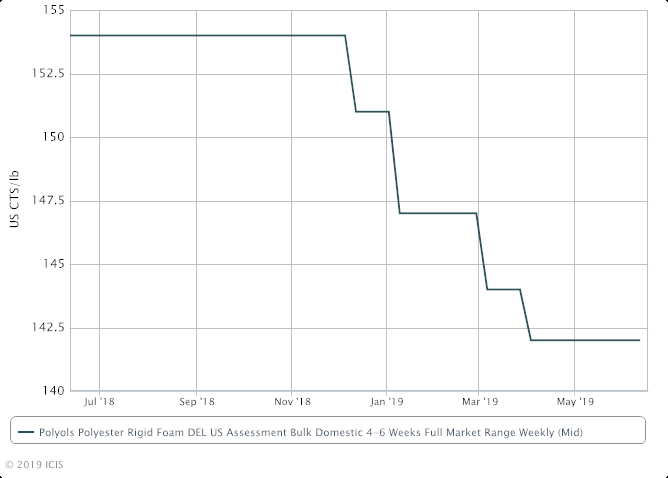 Polyols are often reacted with isocyanates to make polyurethanes (PU), which are used to make mattresses, foam insulation for appliances (refrigerators and freezers), home and automotive seats, elastomeric shoe soles, fibres and adhesives.

Major US producers of polyols include Covestro, Dow, BASF, Huntsman and Monument Chemical.

Image above shows polyurethane foam. Polyurethanes are made with polyols. Photo by Design Pics Inc/REX/Shutterstock