Researchers at University of California, San Diego hope to make future beach visits both environmentally and fashion-friendly, with a new formula for biodegradable flip flops.

Mike Burkart, professor of chemistry and biochemistry at the public research university in San Diego, California, has developed a polymer from algae, which decomposes naturally.

“We begin by growing algae and we grow them in raceway ponds where we can grow them up to very high density,” said Burkart during a tour of the a lab for Reuters. “At that point when they are fully grown, we take the water out of them…and basically we’re able to get the algae down to a very viscous paste.”

“Then what we do is extract all the lipids out of that algae and it’s those lipids that we’re making our materials out of,” he said.

The laboratory initially made gasoline from algae before turning its attention to surfboards, and now the humble flip flop.

“Almost every major shoe manufacturer has come to talk to us about the possibility of using our materials in their products,” Burkart said.

The simple footwear is affordable and popular around the world, and therefore makes up a significant portion of discarded plastics polluting oceans and seas. But Burkart is hoping his algae-based shoe-wear will change that.

“We’re also talking to other companies, for example, for things like food packaging or other types of materials that we don’t want to live forever in the environment,” Burkart said.

“We really want those to be able to decompose or be able to be recycled,” he said. 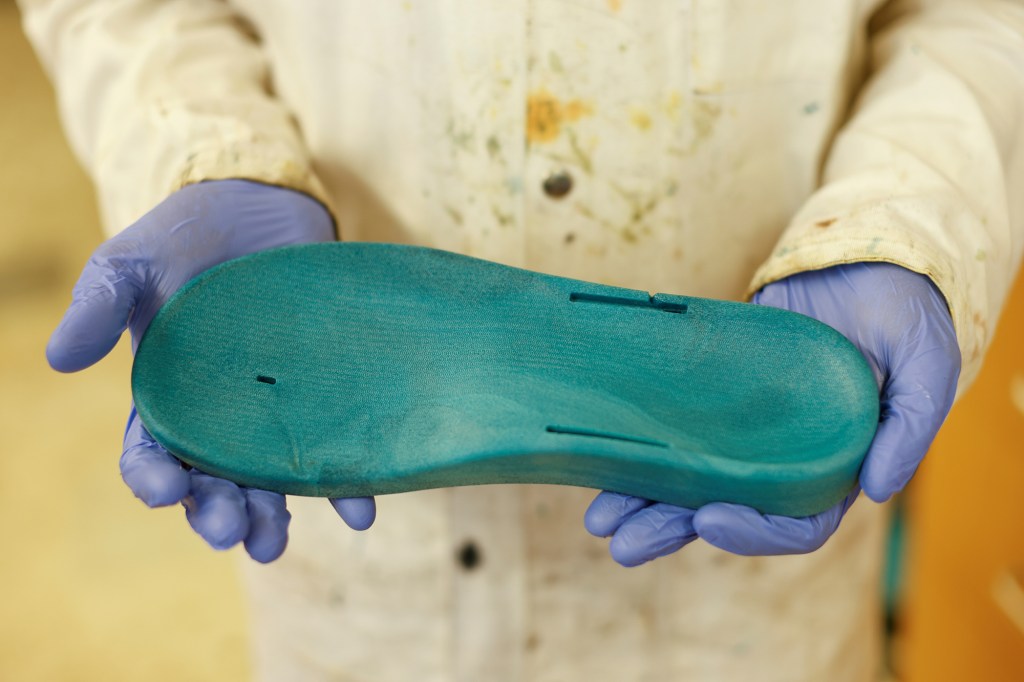 17 Renewable and biodegradable polyurethane made from algae and turned into a flip-flop is shown at a lab on campus at UC San Diego, in San Diego, California.