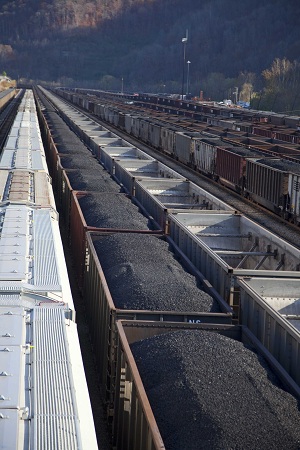 HOUSTON (ICIS)–With an impending deadline of 31 December to comply with federal requirements to install positive train control (PTC) technology, US railroad company Norfolk Southern confirmed on Wednesday that it will no longer accept shipments of poisonous-inhalation-hazard commodities, effective on 1 December.

In addition to halting movement of dangerous chemicals and fertilizers, the ban would apply to passenger and commuter trains operated by Amtrak, Virginia Railway Express and Metra. These operators will be prohibited by law from operating on the Norfolk lines after the 31 December deadline.

Phosgene is a feedstock for toluene di-isocyanate (TDI) and methyl di-p-phenylene isocyanate (MDI), both of which are used to produce polyurethanes.

The railroad said if these hazardous volumes are in transit on 1 December, they will be delivered by the PTC deadline at the end of the month.

A 2008 safety-law required that carriers implement PTC, which is designed to automatically stop a train to prevent a collision or potential derailment due to high speeds.

It uses a system of global positioning system (GPS), wireless radios and a computer network to track trains. It would be able to either reduce speeds or stop movement on all lines used by trains carrying passengers or toxic chemicals.

But the railroad industry estimates the cost of implementing PTC could reach $70bn, and both freight operators and passenger lines have repeatedly told Congress that they cannot meet the deadline and have stated that they will be forced to follow the same course of action as Norfolk Southern.

Twenty one passenger and commuter railroads and the seven Class 1 freight railroad companies operating within the US have requested an extension. One concern is that the federal requirement leaves no allowance for potential technical issues that could arise.

Norfolk Southern officials said the cessation of service will be effective across the company’s entire rail network, which encompasses 20,000 route miles (32,000 km) in 22 states. The termination is the result of the mandate to comply with federal safety laws that become effective at the start of the year.

Despite investment of nearly $1bn to date, the railroad said it will not meet the deadline and joins a list of carriers that have threatened to follow suit if the government does not intervene and grant an extension to the required implementation of PTC.

In a statement to its customers, the railroad said earlier this week that it is reviewing the status of the Northeast Corridor freight operations and non-hazardous traffic, which is interchanged with other railroads.

“We remain hopeful that Congress will grant the railroad industry an extension of the PTC deadline and appreciate the consideration elected officials and regulators are giving this issue. However, in order to conduct lawful operations on Jan. 1, 2016, and beyond, we must plan ahead to clear affected loaded and empty freight cars from our system,” said James Squires, Norfolk Southern president and CEO.

“Norfolk Southern sincerely regrets the inconvenience that customers, passengers, and commuters will experience. Our strong hope is that Congress will act quickly and decisively to allow us to restore full access to our rail network.”

Squires said the company is installing PTC on the required lines as fast as can be in a safe and practical manner but added that it is one of the most complex technology implementations in the railroad’s history and that it is in everyone’s best interest that adequate time is devoted to installation, testing and implementation.

The effects of the PTC requirement extend well beyond the railroad industry.

The American Chemistry Council has warned that if Congress does not extend the deadline, the effects could push the US economy into recession, causing GDP to shrink by 2.6% in the first quarter and stripping $30bn from the economy.