Spot propylene moves back down in Europe, US; what lies ahead for Asia?

by Pınar Polat – ppolat@chemorbis.com
Spending the second half of 2018 mostly on a bearish trend, spot propylene prices in Europe and the US turned up in mid-November and December and pared some losses. However, they have softened again in the past two weeks while the Asian market has remained steady within the same period.

Spot propylene in Europe down again on supply

According to the weekly average data obtained from ChemOrbis Price Wizard, spot propylene prices on FD NWE basis have recently turned to a softening note after gradually rising since the second half of November 2018.

The softening in the European spot propylene market was mainly attributed to ample supplies across the region. The possible pressure from US imports along with limited buying interest were also cited as other factors weighing down on the market. 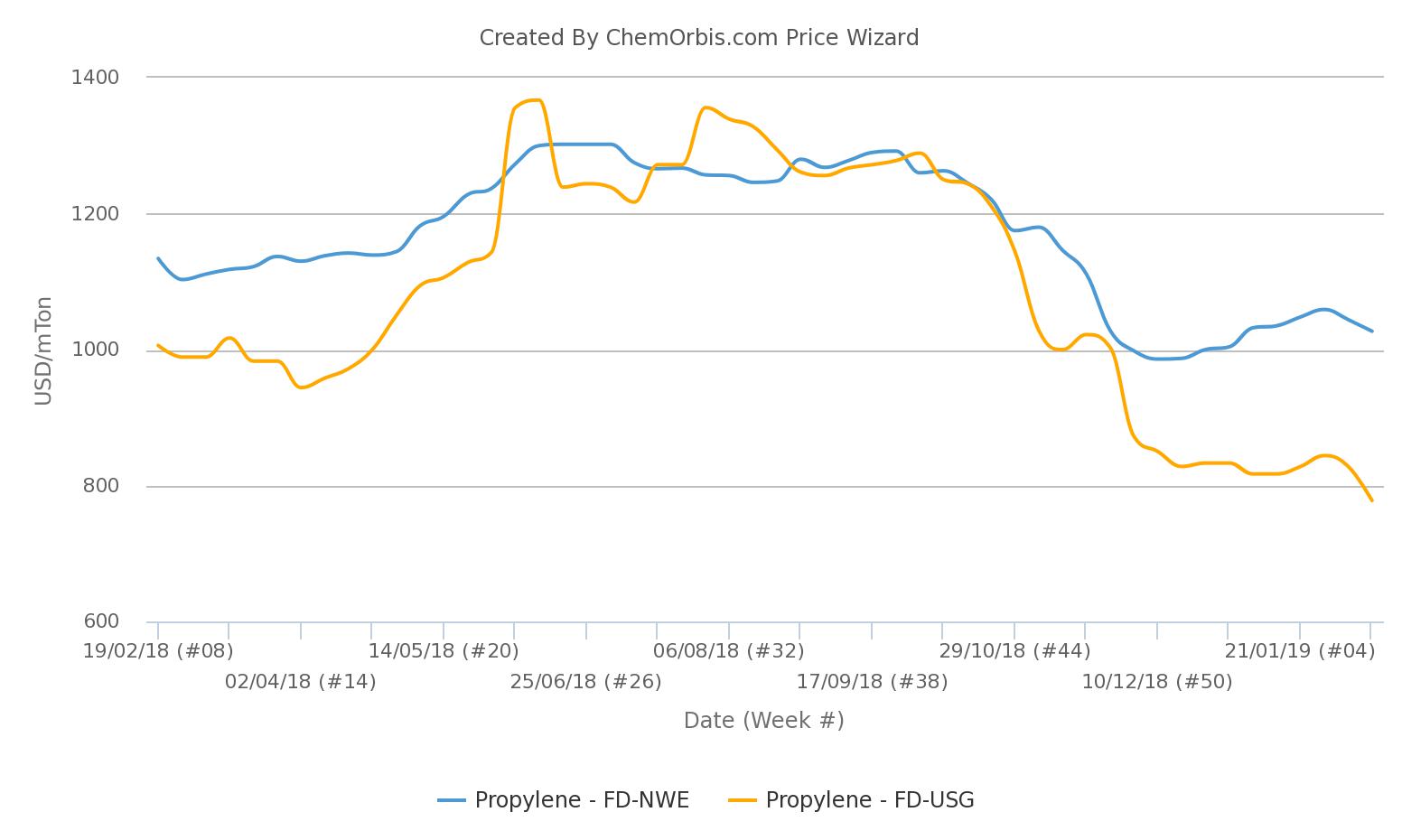 US spot propylene market loses around 8% in past two weeks

A similar scenario is the case for the US market. Spot propylene prices on FD USG basis have recently headed south after starting to rise two months ago. The weekly average of spot prices has lost around 8% since the softening kicked off, as ChemOrbis data show above.

High inventories amid healthy production rates at PDH plants and the recent softening in propane costs were blamed for these losses.

Spot propylene prices in Asia have been mostly stable for the past two weeks in the midst of the Chinese New Year celebrations across the regional markets.