TDI Market in the MEAF 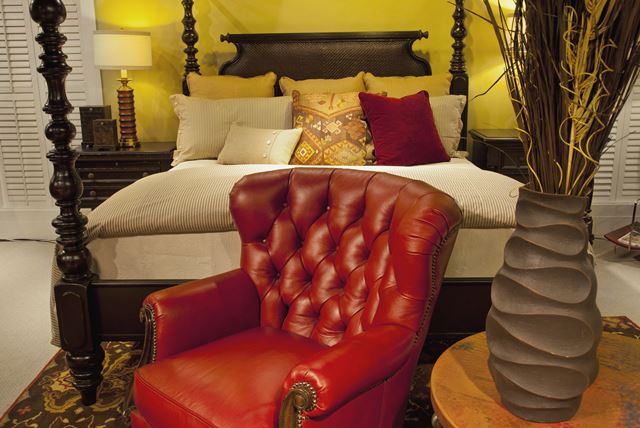 SINGAPORE (ICIS)–Toluene di-isocyanate (TDI) values in the Middle East will likely remain supported by tight supply in the near term, but wary buyers are deferring purchases following an unprecedented price spike in October, market sources said on Friday.

Buyers said they were confident that they could hold out for lower prices if TDI supply normalizes in coming weeks.

“My expectation is that prices should remain high ….as suppliers will focus on Indian and Pakistan market, [and] will have less cargos to sell into Middle East and Africa,” a market source said.

In October, TDI prices spiked by over $1,000/tonne CFR in Asia and the Middle East amid a severe supply shortage. German producers Covestro and BASF encountered supply disruptions, while some northeast Asian producers have shut their plants for turnaround, worsening the supply shortages and sparking panic buying.

Many producers ran low on stocks and sold only to preferred customers or re-directed cargoes to where buyers were willing to pay higher prices.

At the start of November however, the market appears to have calmed, with producers and traders heard making fresh offers to customers in the GCC and Africa, albeit still at the high end of recent ranges.

“I think TDI could soften next month. But I doubt if they will reverse back as quickly as they went up,” said a Middle Eastern source.

“[There] seems to be many offers now for December cargo. I think by mid-December there will be a lot of material,” the Middle East source said.

TDI producers have resumed making fresh offers to buyers in the Middle East and parts of Africa this week, but the ranges were heard to be wide as the market continues to feel its way following recent price jumps, market sources said.

Offers were heard from $4,100/tonne CFR GCC and up to $4,600/tonne in South Africa, all for December shipments, market sources said. Many sellers were however unsure if buyers would bite at these levels.

The response so far has been lukewarm, with some buyers saying they would rather suspend production than commit to any fresh deals at exorbitant prices.
TDI prices were assessed steady this week due to a lack of firm deals.

New reported production disruptions on 3 November brought fresh worries to the fore, this time at a TDI plant operated by India’s Gujarat Narmada Valley Fertilizers and Chemicals Limited (GNFC) in Gujarat state. At least four workers were killed after a poisonous gas leak at the plant, according to local media reports.

It remains unclear how this incident would affect GNFC’s TDI production or prices. The company could not be reached for comment.

Market sources said that at the very least, this incident would keep TDI prices supported near their recent highs as other producers attempt to take advantage of the situation, to secure TDI orders from customers in India.

In other parts of Asia, Hanwha Chemical is running all its three 50,000 tonne/year TDI lines in Yeosu, South Korea, at full capacity as of 3 November, a company source said. The 150,000 tonne/year plant was taken off line on 12 October for regular maintenance.

In Europe, Covestro is expected to restart TDI and MDI production only in the second half of December. 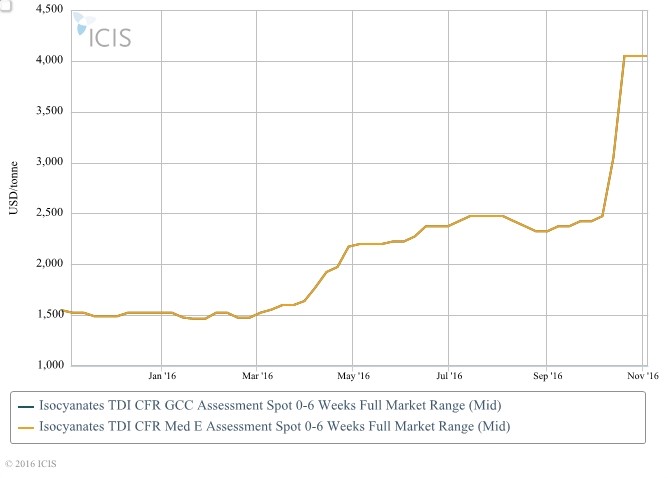