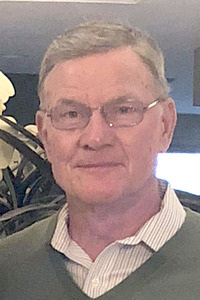 It is with great sadness that the family of Joe Dan York announces his passing on October 29, 2018, at age 71. Taken too soon, Joe passed peacefully with his family by his side after a brief but courageous battle with cancer. He was born on April 16, 1947, in Temple, Texas to Silas Albert York Jr. and Maude Louise Jenkins.
A native Texan, Joe graduated from Belton High School, in 1965, where he excelled as a football athlete achieving All State recognition and earned an athletic scholarship to University of Texas at Arlington. He could often be found racing his 56 Chevy at Little River Dragway and out in the countryside.
Joe began his career in the polyurethane foam industry at ER Carpenter in Temple. He and his family relocated to Brenham, Texas, where he began his employment at Texas Fibers on May 1,1977. Shortly thereafter, he was promoted to Vice President in Charge of the Foam Division of Texas Fibers. In September 1982, Texas Fibers was acquired by MPI and Joe was named Vice President of all MPI foam products. In December of 1985, he and his family relocated to Arlington, Texas where Joe worked in the corporate office in Fort Worth. Leggett and Platt, Inc. acquired MPI on May 18, 1986. He was promoted to Executive Vice President of Operations, Leggett & Platt Urethane Group. During his tenure, the L & P Urethane Group grew to approximately 31 operations. Joe retired on January 1, 2012 after 35 years of outstanding service to the company. His fondest memories were his years of vast travels across the world, golf outings, running, fishing and enjoying new adventures with his colleagues.
He enjoyed every day of his retirement working outdoors on his son’s ranch near Cottonwood, Texas and immersing himself in the sports and activities of his three granddaughters who filled him with much love and kept his heart youthful. Joe was a true gentlemen and will most be remembered for his character, loyalty, grit, and endless dedication to his children and granddaughters. Joe was a competitive runner for many years in the DFW Metroplex and reached the pinnacle of his career completing the Minneapolis Marathon in 2014. He remained true to his passion of exercise programs, long walks, and a healthy lifestyle. Joe loved to travel and especially enjoyed annual Christmas ski trips with his family and long runs along the beaches of Southern California and Destin, Fla.
In 1966, he married his wife, Judith Ann Bode, and later became a proud father of two daughters and a son.
Joe was adored and is survived by daughter, Julie Annette Drake and son-in-law, Kevin Drake, of Thrall, Texas, daughter, Jill Dannette York-Dombroski and son-in-law, Jack Dombroski, of Edina, Minn., and his son, Joe Bradley York and fiance, Cathy Dodson, of Cross Plains, Texas; three granddaughters, Reagan Drake (22), Jade Dombroski (17), Jordan Dombroski (17); sister, Janice McClung and husband, Jerry McClung, of Moffatt, Texas; and brother, Jack York and wife, Rebecca, of Wichita Falls, Texas; and many nieces and nephews. He was preceded in death by his father and mother.
His family would like to thank the amazing Neurosurgery Department of the University of Minnesota Medical Center for their valiant efforts.
A celebration of Joe’s life will be held at 11:30 a.m. on Saturday, November 3rd, at Scanio-Harper Funeral Home, 3110 Airport Road, Temple, TX, 76504, with burial at Bellwood Memorial Park and a luncheon following.
Memorial donations may be made in Joe’s name to the Melanoma Research Foundation.
Published on October 31, 2018
http://obituaries.joplinglobe.com/obituary/joe-york-1947-2018-1071031381
« Previous Post Next Post »