Benzene Settles Up in May

The May (styrene) increases were on the back of higher feedstock benzene contract prices, which settled at $2.84/gal ($849/mt), up 24-26 cents/gal from April.

Propylene Settles Down 1c/lb in May

Petrochemical Prices on the Rise

Platts: Global Petrochemical Prices Up 10% in April from Month Ago First double-digit increase since February 2012

ICIS Benzene Forecast for Balance of 2015 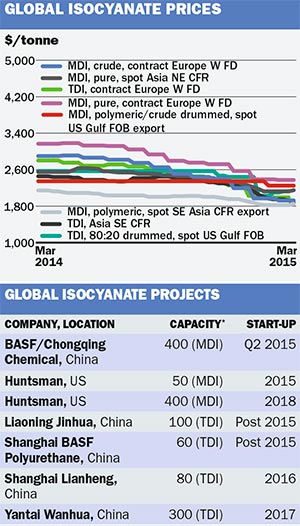 Europe benzene poised for another triple digit rise in May
29 April 2015 10:52 Source:ICIS News

LONDON (ICIS)–Players in the European benzene market are braced for a significant increase on the May contract settlement later this week,