Derailed? What Rail Traffic Tells Us About The U.S. Economy 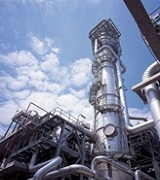