New Startups Aren't Keeping Big Mattress Up at Night
Casper and other startups want to flip the mattress game on its head. They have their work cut out for them. Read more 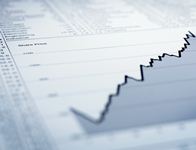