Propylene Expected to Fall in Europe With the commissioning of second production line, the company has increased the annual capacity of the site from 2500 metric tonne (MT) to 6000 MT 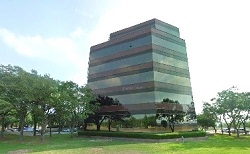 HOUSTON (ICIS)–The Tuesday announcement that Haverhill Chemical will possibly shut down operations at its Haverhill plant in Ohio led downstream bisphenol A (BPA) and epoxy resins market players to some scrambling.

Protecting Your LLC and Your Personal Assets

LLC Asset Protection: How to Protect your Personal Assets as an LLC Owner

PUdaily, Shanghai-China and South Korea are going to eliminate tax of polyether polyols to zero in 15 years following the Free Trade Agreement (FTA) signed between Beijing and Seoul on Monday which is expected to come into effect by end 2015.